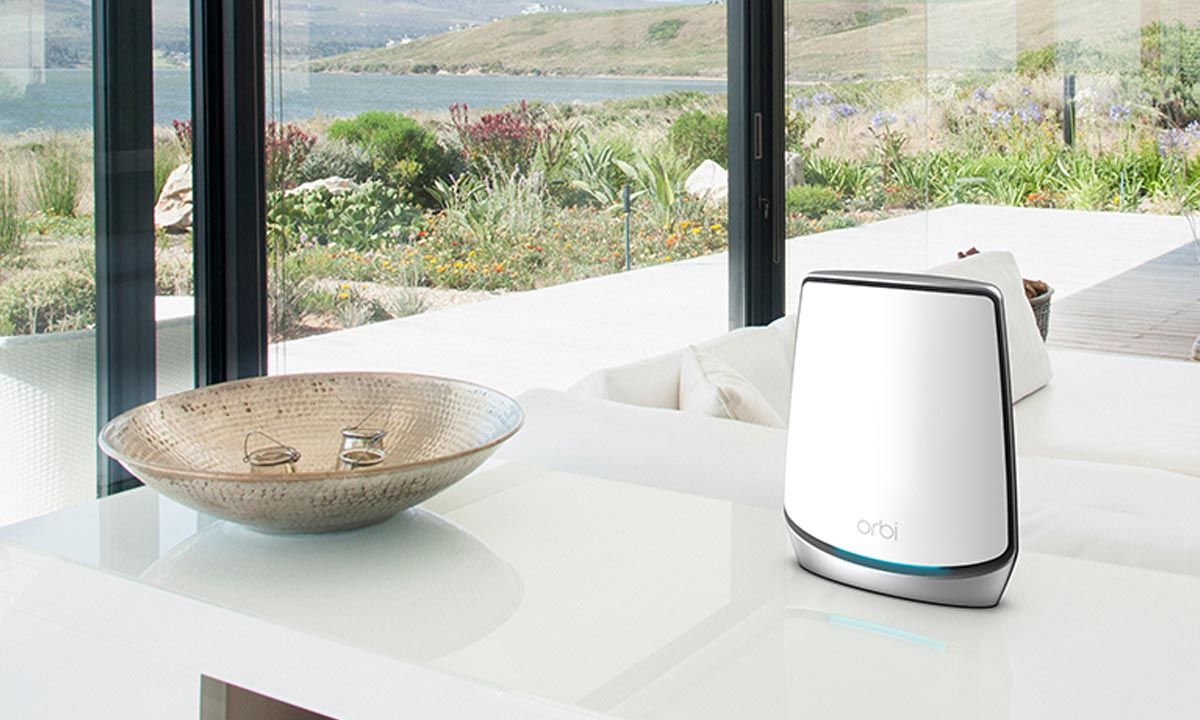 
Netgear has launched Wi-Fi 6 enabled Tri-band Orbi RBK852 mesh router system in India. This is a slightly more affordable option as compared to Orbi RBK853 that was introduced in December last year. That’s because the number of satellite nodes has been reduced from two to one.

Consequentially, the coverage area reduces from 7500 sq. ft. to 5000 sq. ft. However, since this is a mesh system, users have the option to separately add extra ‘satellites’ or nodes to cover dead zones should the need arise in the future. The Orbi RBK852 can be easily set up using the Orbi app available for both Android and iOS. It also integrates support for both Google Assistant and Amazon Alexa.

Both the router and satellite measure 10×2.8×7.5-inches in dimensions and can together cover an area of 5000 sq. ft. The router is powered by a 2.2Ghz quad-core processor with 512MB NAND flash and 1GB RAM.

As mentioned earlier, the Orbi RBK852 has a tri-band router with 2.4Ghz (2400Mbps+) and 5GHz (2400Mbps+) bands for internet connectivity and a 5GHz (1200Mbps+) dedicated WiFi link for faster data connections between Orbi Router and Orbi Satellite.

There are eight antennas onboard and the router supports implicit & Explicit Beamforming for 2.4GHz & 5GHz bands, MU-MIMO capable for simultaneous data streaming to multiple devices. Users can stream multiple 8K and 4K resolution videos at up to 6Gbps. The Wi-Fi system supports up to 100 connected devices.