Macro camera at a budget 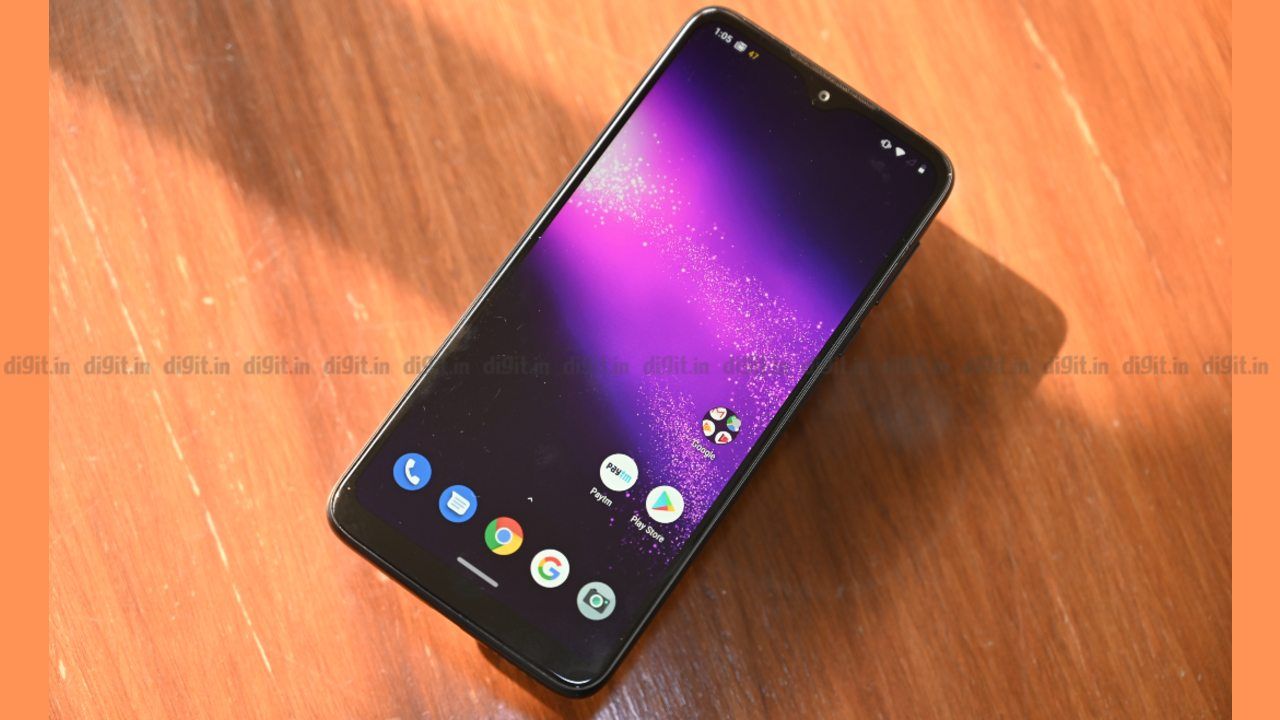 
Lately, Motorola has been launching phones with branding highlighting the USP of smartphones. It started with Motorola One Power, followed by One Vision and One Action. The Motorola One Macro is the latest addition to the Motorola One-family of smartphones. It features a dedicated macro lens that can zoom up to 5 times closer, as close as 2cm to the subject as compared to normal lens. While the macro camera is quite impressive, there’s a lot more to discuss. And in the end, is it worth the asking price? Let’s find out in the review.

Motorola One Macro is powered by the  2.0GHz octa-core MediaTek Helio P70 chipset, paired with Mali-G72 GPU and 4GB DDR4 RAM. The phone comes in 64GB model, which can be expanded up to 512GB shared microSD card slot.

In our benchmark tests, the Motorola One Macro performed pretty well. It scored 140662, which is one of the highest we have recorded on a budget device. In everyday work, phone performance was satisfactory. It didn’t lag or delay while multitasking switching between Chrome tabs and jumping between apps. There were hiccups, but it didn’t necessarily slow down the phone. 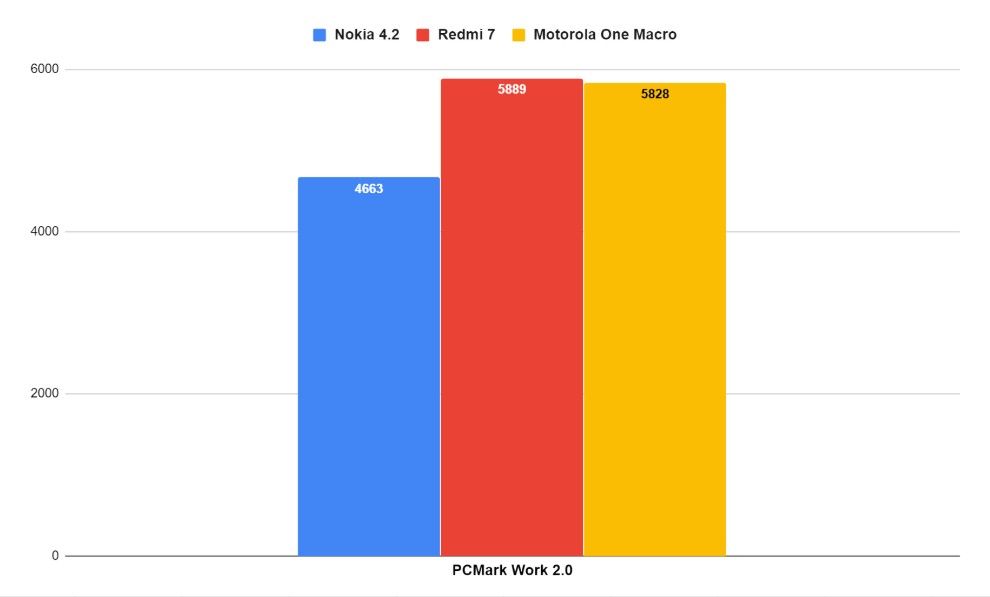 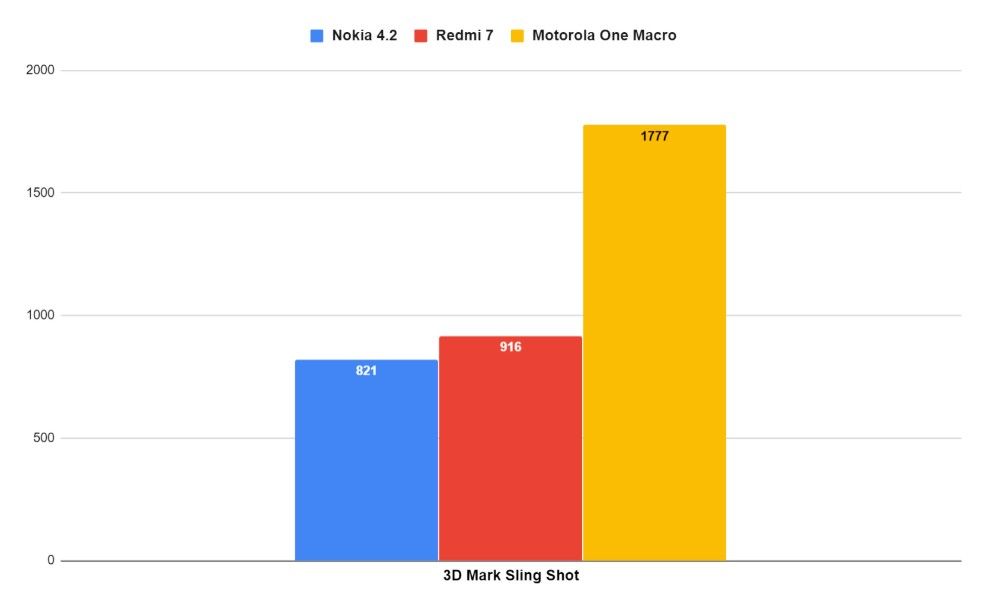 Motorola One Macro scored 1,777 in 3DMark’s Sling Shot benchmark test. For reference, the highest we recorded on budget phones till now was on the Redmi 7, which scored 916. Though, we are yet to test Redmi 8 and Redmi Note 8. 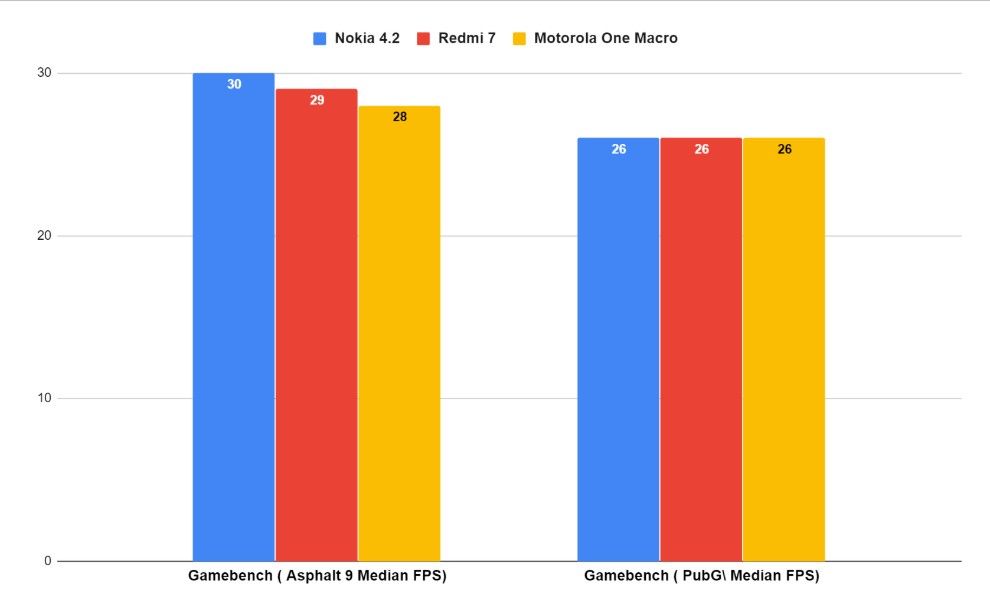 To sum it up, games run fine on the Motorola One Macro. Overall, the performance is satisfactory and doesn’t give much to complain about. Call performance on both earpiece and speaker was clear as well.

While the Motorola One Macro belongs to the Motorola-One family, it is not part of the Android One program. Despite that, Motorola has confirmed that it will get two years of Android updates. It runs Android 9 Pie out of the box. One of my favourite parts of this phone is its almost stock Android-like interface. 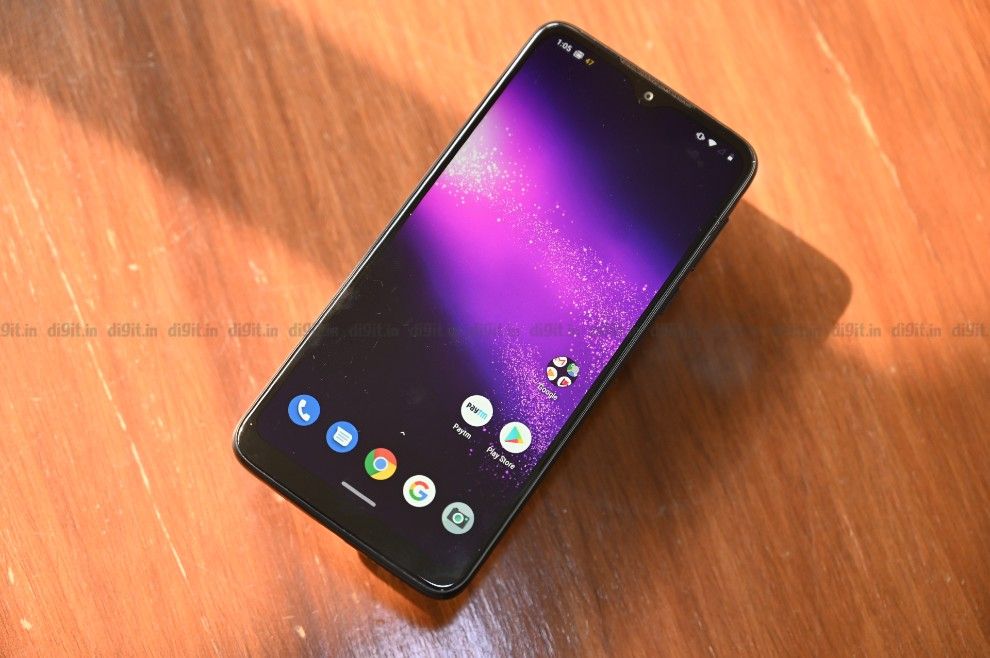 It comes with almost no bloatware. The software offers Moto Actions like Flip for DND, Lift to unlock and more. I turned on ‘one-button navigation’ in a bid to use gestures for navigation. But Motorola’s take on gesture interface is cumbersome. You have to hold the bottom bar and swipe left to go back, which is rather clumsy as compared to just swiping from either side on Android 10. However, can’t blame Motorola for this as I was on an Android 10 device before this, also, that’s just how gestures work on Android 9 Pie. I hope Android 10 brings better gesture navigation to the One Macro. 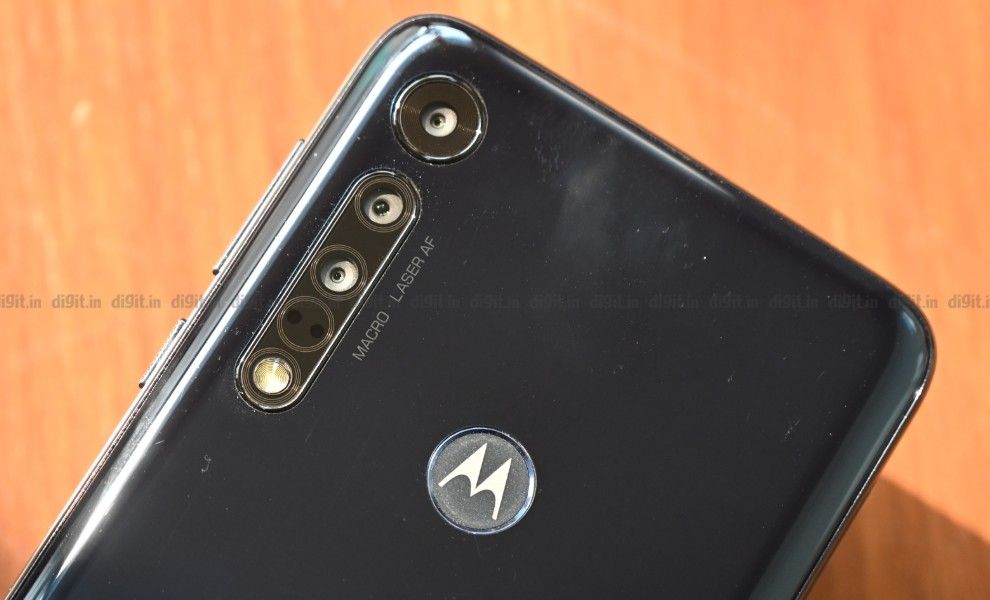 The triple rear camera setup features a 13 MP main sensor with f/2.0 aperture + a 2MP dedicated macro camera + a 2MP depth sensor. The macro sensor is not clubbed together with other cameras and it has its own ring. The macro camera has its own big ring because 2cm is the minimum distance from which you can take macro shots. It clicks macro pictures at a magnification of 1:1.2. For reference, the minimum for anything to be called “macro” is 1:1 and Motorola One Macro exceeds that. 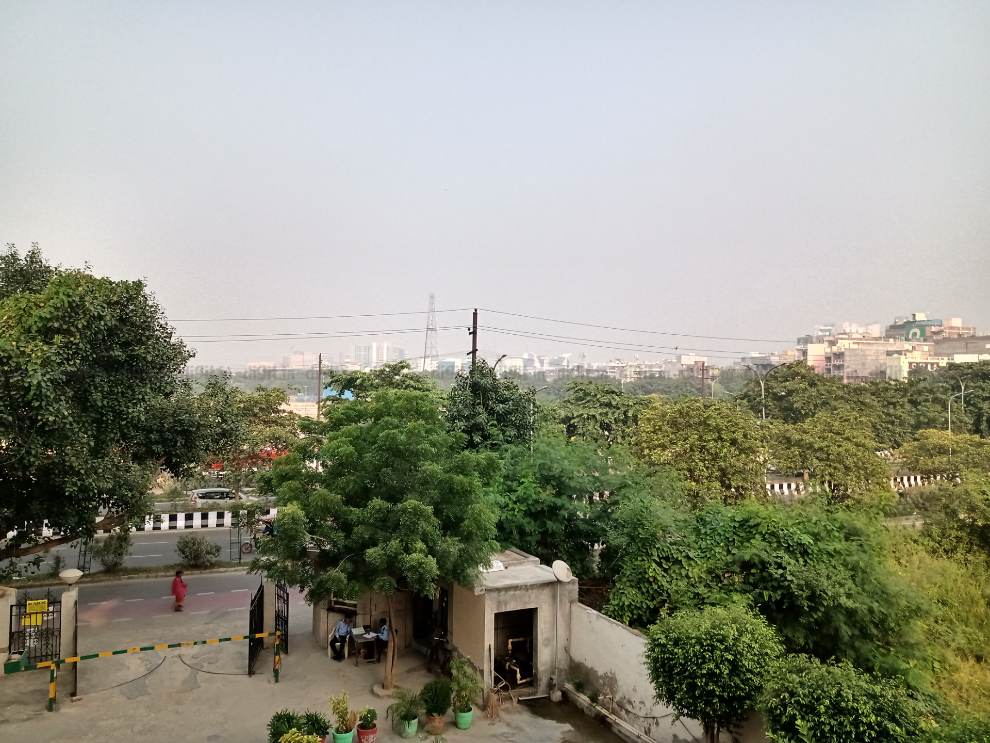 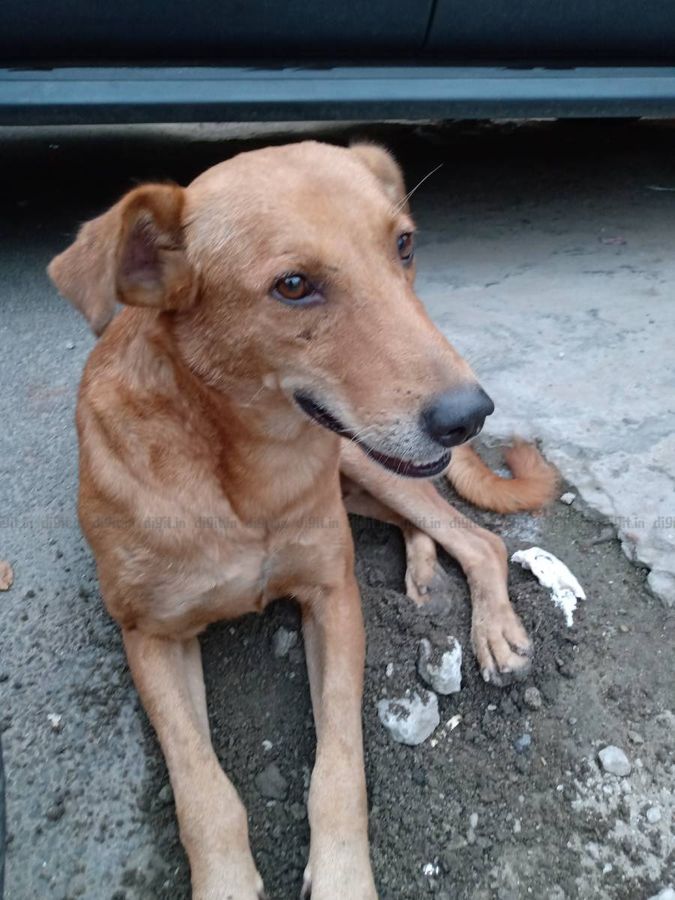 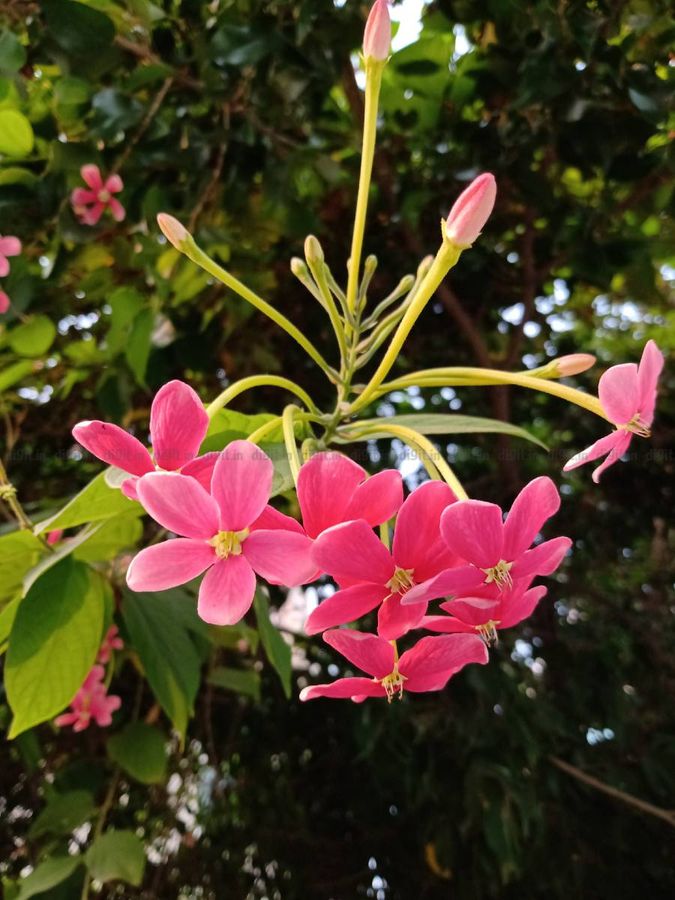 Additionally, the smartphone sports a laser autofocus module. And it works very well, that too in all kinds of lighting conditions. At times, the device doesn’t click until the focus is set, other times it focuses swiftly.  Details in daylight is satisfactory. However, the dynamic range could have been better. It’s not bad, but it’s not good either. While there are some fun camera modes like Spot Colour, I’d like it more if Motorola updated its processing algorithm. 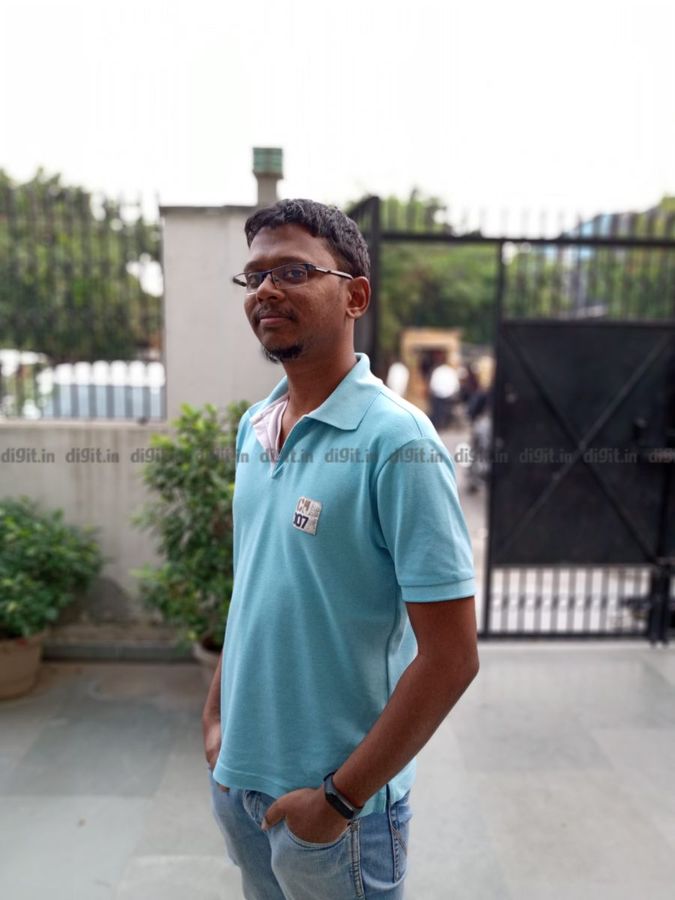 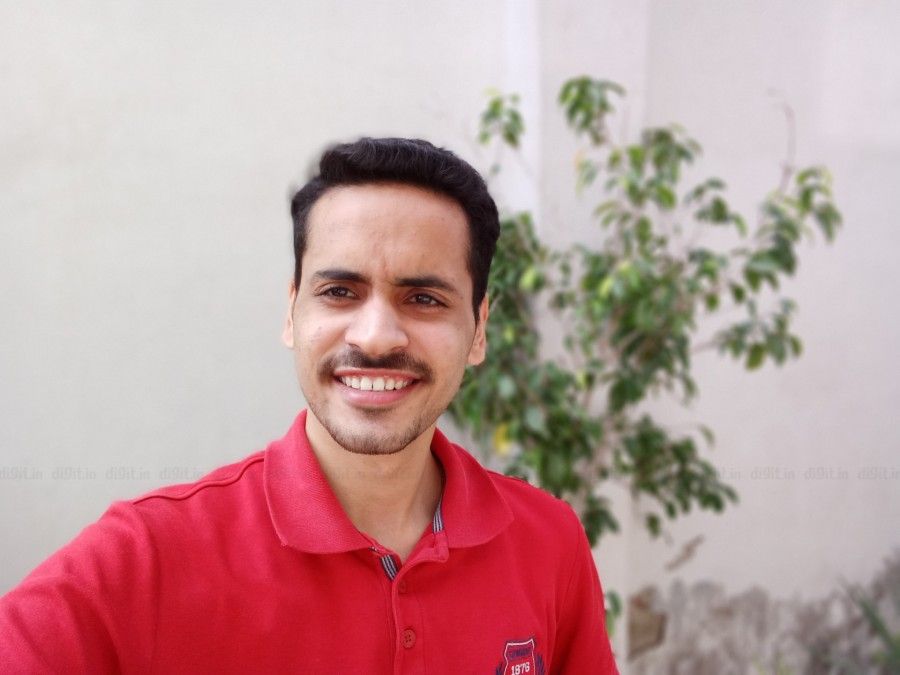 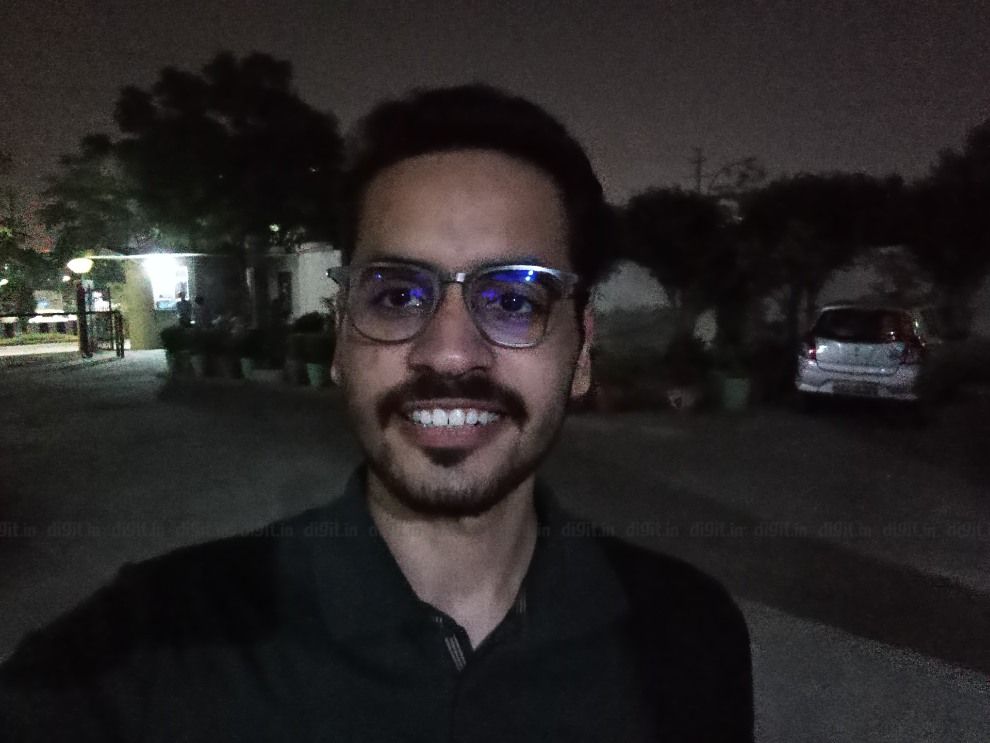 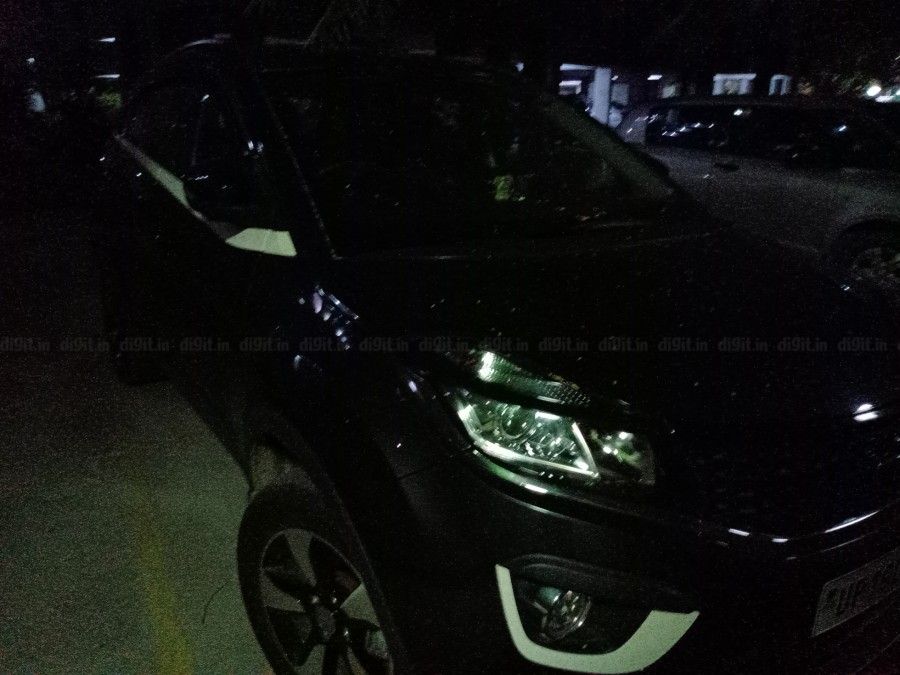 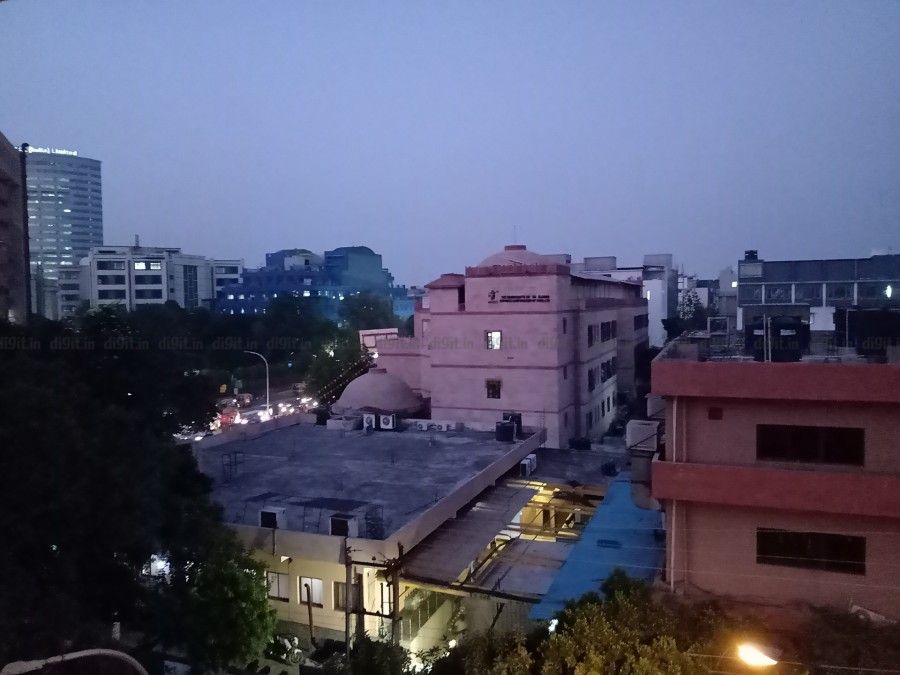 As for low light, the camera doesn’t perform well here. The details are lost, plus, there’s too much noise in the images. It reminds you in every shot that it lacks a night mode. The images are below average by 2019 standards. 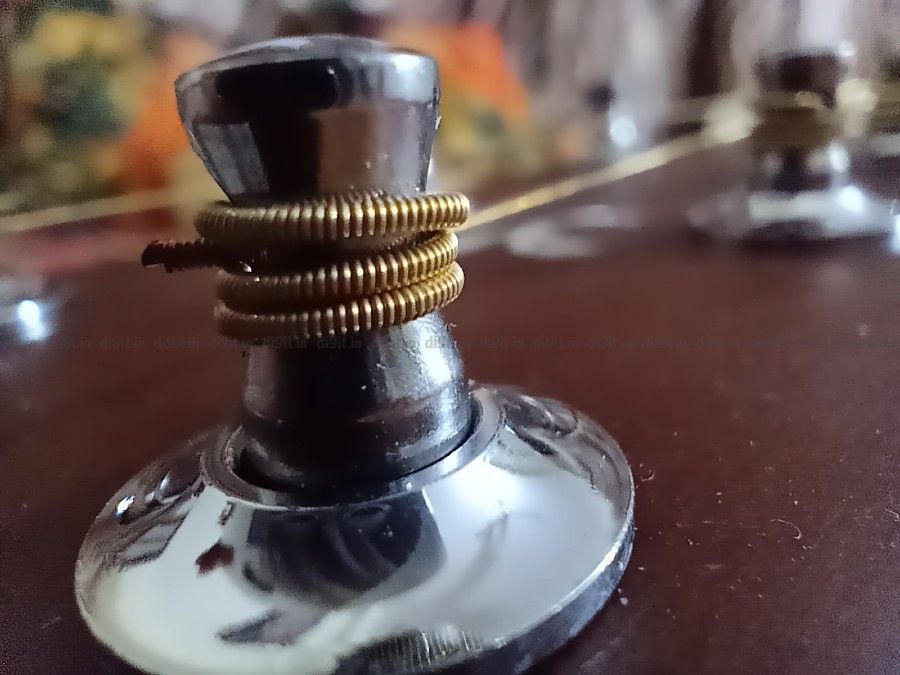 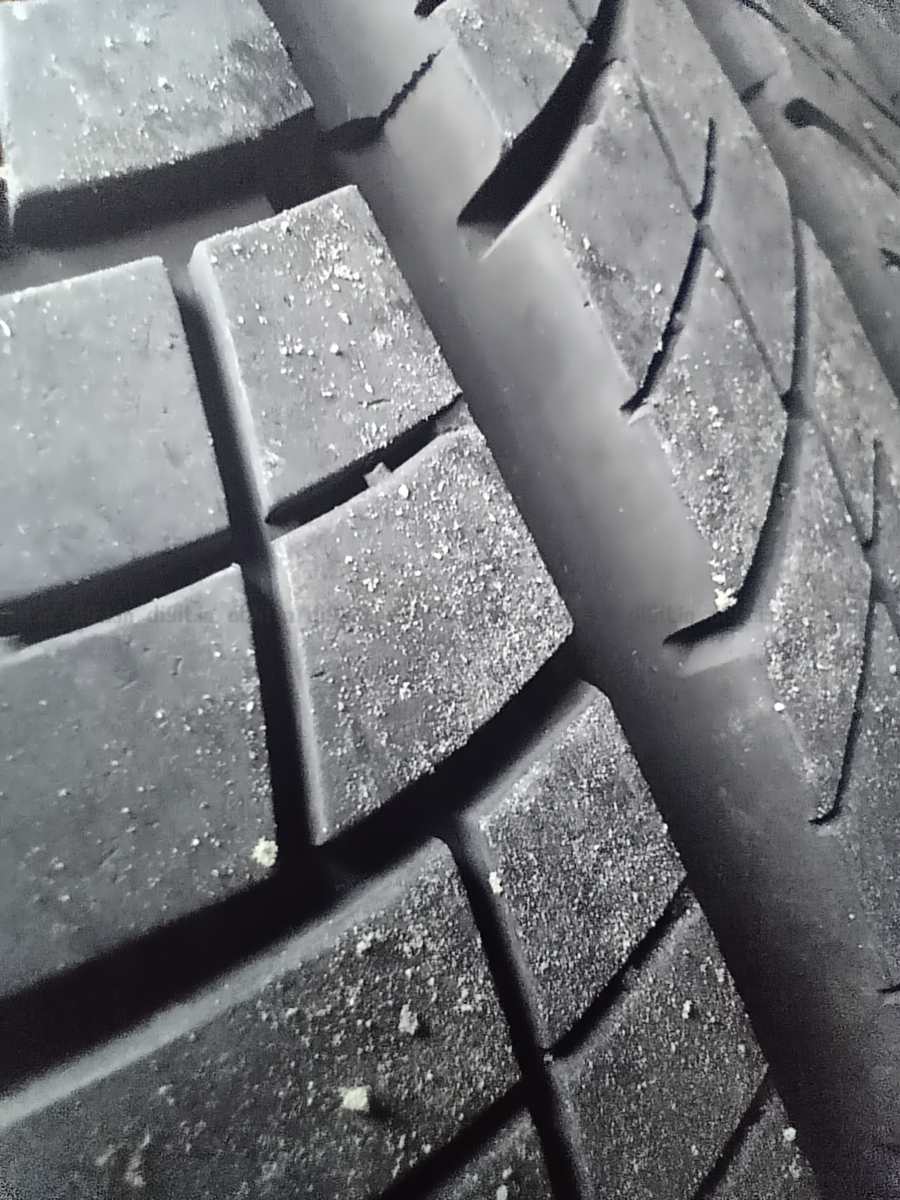 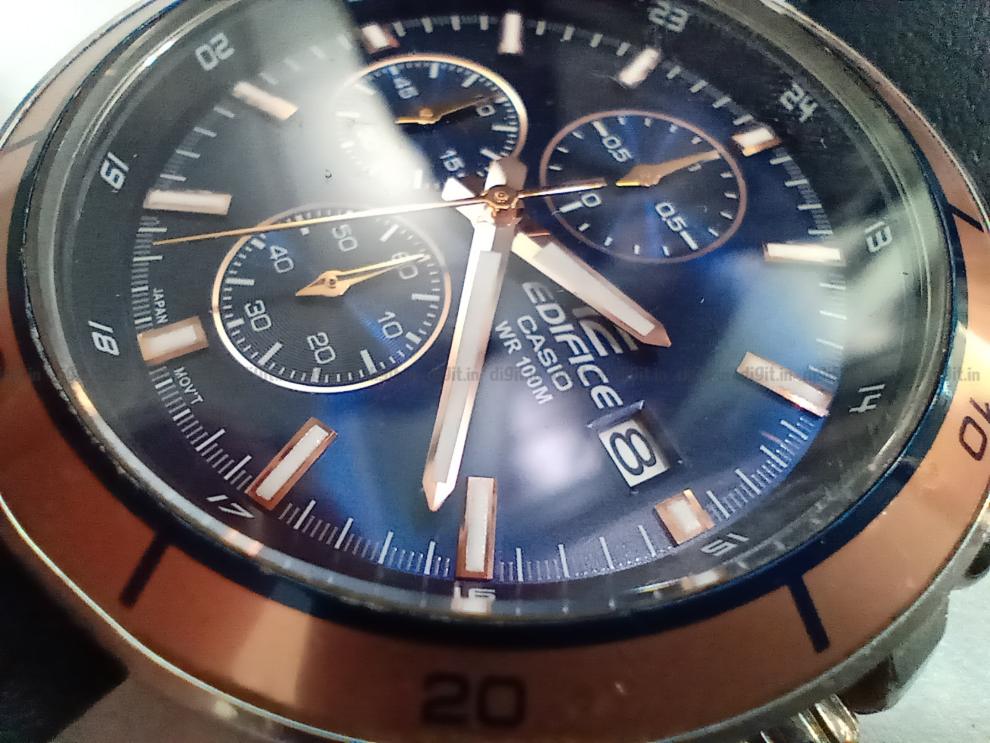 Coming to the USP of Motorola One Macro, the depth camera, we did a whole piece on how it performed, which you can read here. The Macro Vision camera goes very close to the subject. It works rather well. It captures satisfactory details in the macro shots. Although, the macro camera keeps moving in and out of focus while looking for the subject by itself. However, once told where to focus, it does it rather effectively. What’s worth noting is that macro shots lack sharpness and details in low-light environment. All in all, macro photography on the Motorola One Macro is impressive.

Further, selfies from the 8MP shooter are fine. While dynamic range struggles here as well, portrait shots look alright, but there’s room for improvement. In videos, dynamic range is even poorer than the stills. However, stabilisation is alright. One can record full HD videos both on the rear and the front-facing cameras.

Motorola One Macro features a 6.2-inch Max Vision HD+ display. It has an aspect ratio of 19:9 and a resolution of 1520 x 720 pixels. The display is crisp and viewing angles are fine as well. There is also a Night Light setting, which blocks Blue light and makes the display warmer. Screen brightness can go up to 466 LUX, which is pretty good in the price range. However, it is reflective while using under bright sunlight. But it isn’t disappointing by any means. The display is one of the best in the price range. 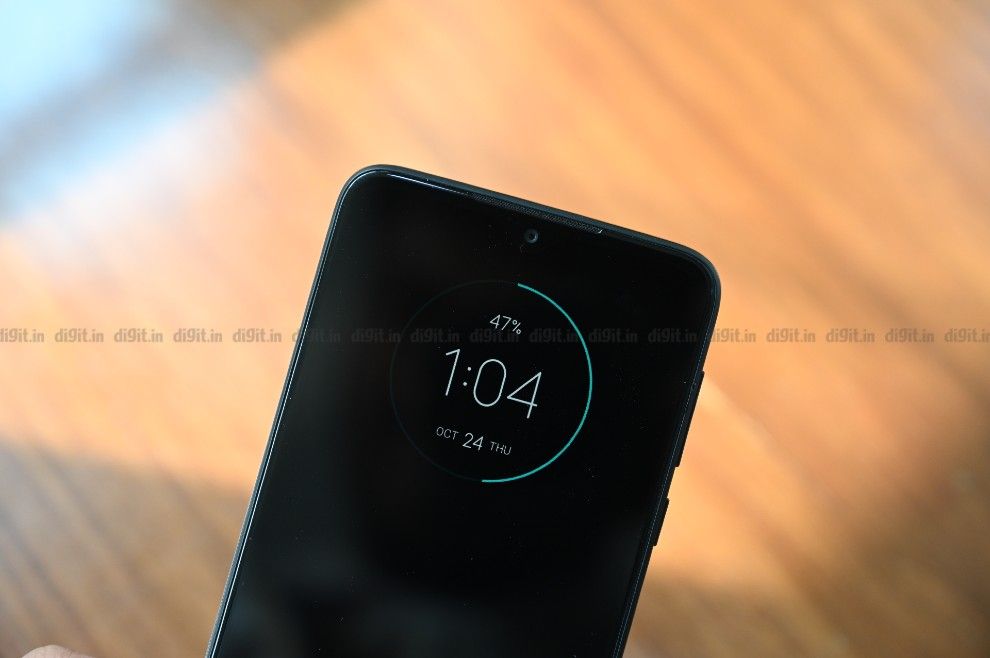 Coming to the audio, it is loud. In fact, it is one of the loudest speakers on a mobile phone under Rs 10,000. The clarity is up to the mark, but sound muddles when it comes to hitting frequencies.

All in all, be it playing games or watching movies, Motorola One Macro is a decent phone for media consumption.

Motorola One Macro packs a 4000mAh battery and the battery life on this phone is excellent. Motorola has done a commendable job here. We played a video on loop at full brightness to see how long does it take the phone to go from 100 to 0, and it lasted for more than 12 hours – that’s more than any of the sub-Rs 10,000 phones we have tested thus far.

During the tests, the One Macro was put through many sessions of gaming, web browsing, simultaneous app installs and downloads and online video playback. It performed well throughout the tests. Moreover, leaving the phone unattended didn’t have a significant impact on battery life either. It lasted for one and a half days with fairly heavy use.

Motorola One Macro sports a plastic body that’s built fairly well. It fits rather nicely in the hand, the power button is right where it is needed to be. All the buttons – power and volume rockers – lie on the right side of the phone. I prefer the volume buttons below the power button, but that’s just a personal choice. However, the buttons are easily reachable, tactile and clicky. On the right edge lies a dual nano-SIM card slot. It can be used to either include to nano SIMs or one nano-SIM and one microSD card. 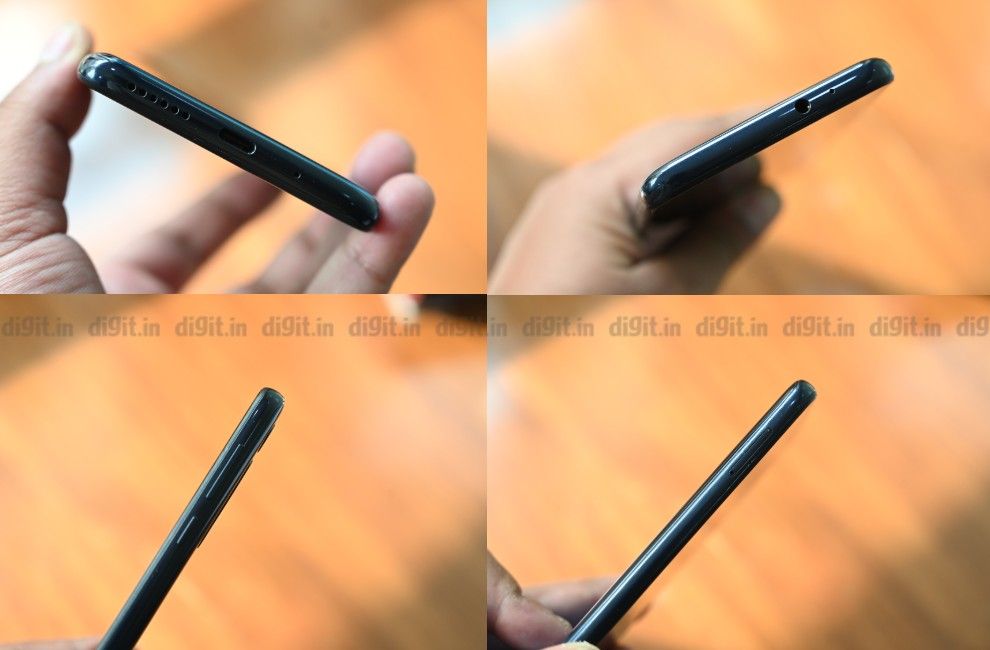 The rear panel sports a gradient ‘Space Blue’ finish, which looks attractive. However, when you hold the phone you’ll notice that the glossy plastic registers smudges and fingerprints. We also noticed that the back panel scratches easily. Hence, it is advised to use the clear case included in the box. Further, it is equipped with the triple rear camera setup on the top left side. The cameras don’t protrude from the back. There is also ‘motorolaone’ branding at the bottom, which goes unnoticed until you are looking for it. 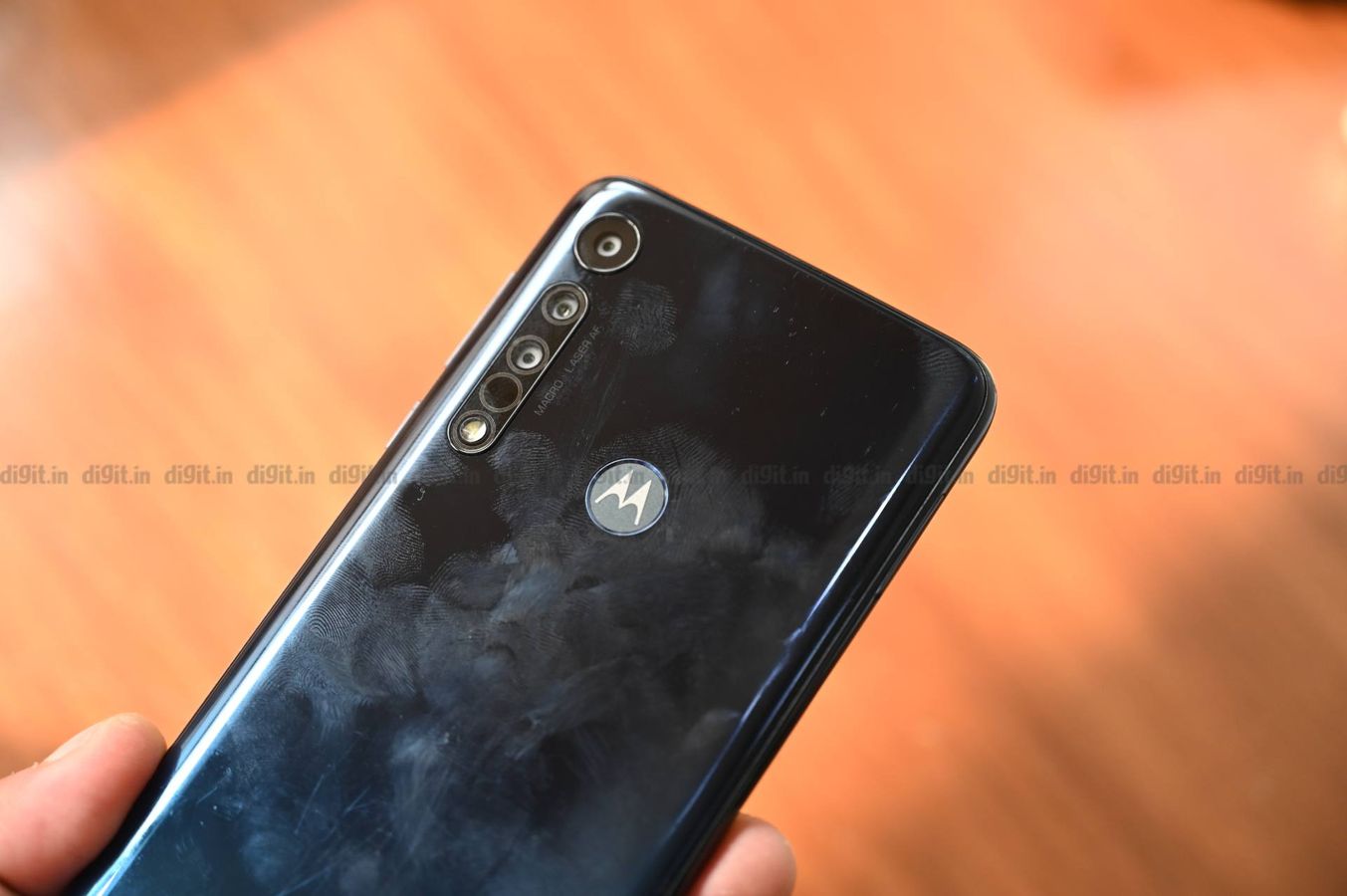 The Motorola logo at the back doubles as a fingerprint sensor. The bottom edge includes a primary microphone, a USB Type-C charging port and five small circular speaker vents for speakers. Coming to the top edge, it houses a microphone a 3.5mm headphone jack.

The phone weighs 186 grams and the weight distribution makes it slide into the hands perfectly. Overall, Motorola One Macro sports a top-notch design for the price point. It is simple but practical and elegant.

Motorola One Macro is a solid device overall. The performance is satisfactory and so is the camera performance. This is the best phone in the range to click macro shots from. However, it leaves a lot to be desired when it comes to low-light photography. The device comes with almost no bloatware and has two years of Android updates promised. Battery life on the Motorola One Macro is another USP of the phone. It offers good value for its price.