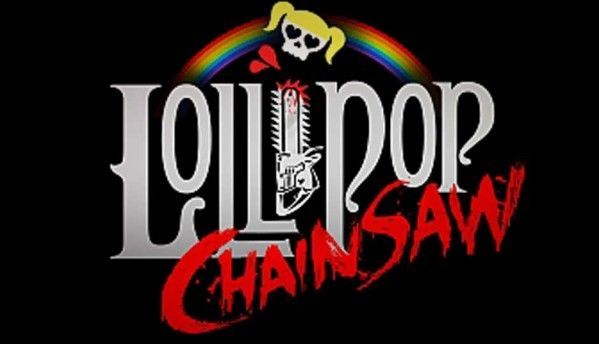 Lollipop Chainsaw, the new hack and slash from Grasshopper Manufacture, is a one-time run through for all you zombie-killing fans. There isn’t much to keep you hooked and there are no online modes. Itï¿½s definitely worth a rental if you want to laugh at cheeky jokes over a weekend when your parents arenï¿½t at home. If you miss it, you arenï¿½t missing out on anything exceptional.

Another zombie-slaying game has been added to the list – previously populated with such popular titles as Left for Dead, Dead Rising and Resident Evil – but this game is different. For starters the lead protagonist is an 18-year-old cheerleader with her boyfriend’s head attached to her waist, slinging a chainsaw and pompoms to take down the gross undead. There is no real story to the game and the plot really involves you killing zombies in one room and moving forward to the next. There is the occasional citizen to be saved in the mix.

The core of the Lollipop Chainsaw gameplay is its colourful design mixed with the hack and slash gameplay. Another good aspect to the design is the comic book structure that is given to the menu system and many in-game elements such as the score meter. Juliet’s health is measured by lollipops and you can use the D-pad to eat a lollipop at anytime in the game to regain health.

Conversations and the general chatter is something you don’t want your mom to listen to. They start out gross and with very heavy sexual connotations but the jokes eventually grow on you and you’re sure to have a few laughs.

Variation in combat gameplay progresses by purchasing new upgrades, which are combos between jumping, the chainsaw and the pompoms to rack up some impressive moves. It all boils down to basic hack and slash at the end of the day though. There are other elements that try to keep the gameplay fresh. You stick your boyfriend’s head on select zombies and take control of him to perform specific tasks throughout the game. These are more like quick time events and offer a break from all the hacking and slashing. Another monotony chainsaw slinging breaker is the boss fights. There isn’t anything new here that we haven’t already seen but it is refreshing enough courtesy the theme of the game.

The combat is reminiscent of any other beat-em up game we have seen such as Dante’s Inferno or God of War but lacks the finesse found in these games. You could run through the game using the same combos without any hiccups and that isn’t a good thing.

The game isn’t really long and you can run through the campaign in 5 to 7 hours and there isn’t any motivation to run through the story again. There are a few frustrating elements to the game as well. The movement and camera feels very clunky and the controls feel a lot like button mashing rather than combo generating.

The graphics of the game too aren’t the best but they get the job done nonetheless. The comic book theme is colourful and you have rainbows and hearts all over the place along with the blood and slight gore of the enemies. Juliet’s moves are well animated but don’t compare to the likes of the luscious Lara Croft. They are more reminiscent of a teenager’s fantasies.

The sound design in the game is quite peppy. The thuds and hacks of the chainsaw action sound nice. The explosions are believable and the cheesy voice acting adds to the characters. Tara Strong, the same person who has lent her voice to Harley Quinn in Batman Arkham Asylum, lends her voice to the lead protagonist, Julie.

Lollipop Chainsaw, the new hack and slash from Grasshopper Manufacture, is a one-time run through for all you zombie-killing fans. There isn’t much to keep you hooked and there are no online modes. It’s definitely worth a rental if you want to laugh at cheeky jokes over a weekend when your parents aren’t at home. If you miss it, you aren’t missing out on anything exceptional.