Good but not the best

When your first smartphone is a runaway success, the consumer’s expectations from whatever comes next is automatically raised. This is the story of Micromax’s Yu brand, which started with the Yu Yureka, and has now follows through with the Yu Yuphoria. The Yureka though entered to a rather empty competitor-less market, while the Yuphoria enters what is easily the most difficult market segment right now.

So, did the newly launched brand follow up with an equally impressive smartphones? Here’s the Yu Yuphoria review.

Yu’s strategy with the Yuphoria is reminiscent of something many Indian brands have tried before — make your phone look like the best and it will sell. The Yu Yureka is a good looking device, probably the best that the sub-7k segment can offer right now. I’m torn between this and the Redmi 2, but the addition of metal on the side can easily sway a buyer towards the Yuphoria. 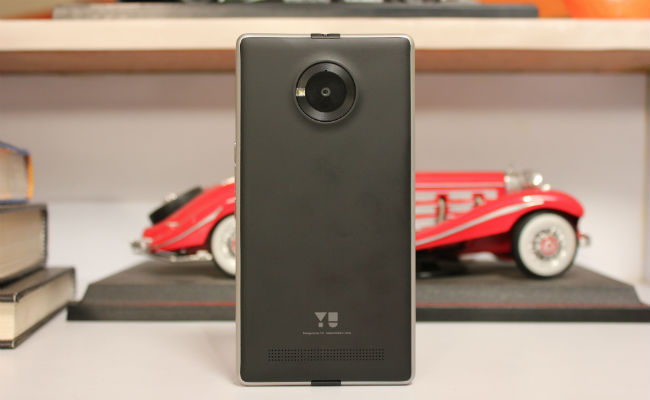 The rounded metal edges though add more than just looks to the device. Yes, the metallic shine does make it look better than others, but what’s more important to me is that it provides grip. If you’ve ever used a Xiaomi Mi3, you would be familiar with what I’m saying. The rounded edges fit right into your palm, making the phone feel very natural when you hold it. 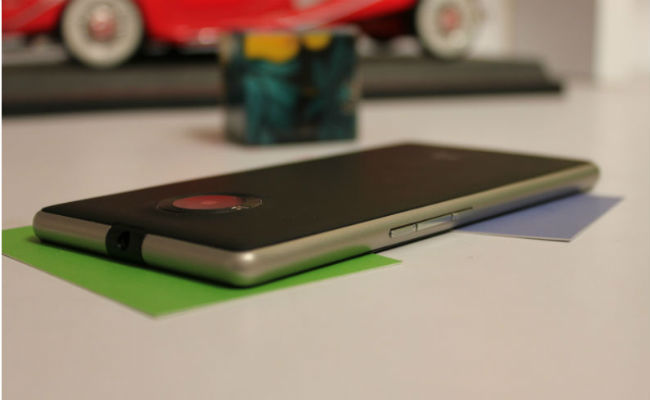 What’s even more impressive is that the story of the Yuphoria’s looks doesn’t stop with the metal part of the phone. In fact, personally I’m much happier with how the phone looks from the back. Barring the absolute premiumness and camera module, this phone looks almost exactly like the erstwhile Nokia Lumia 925. 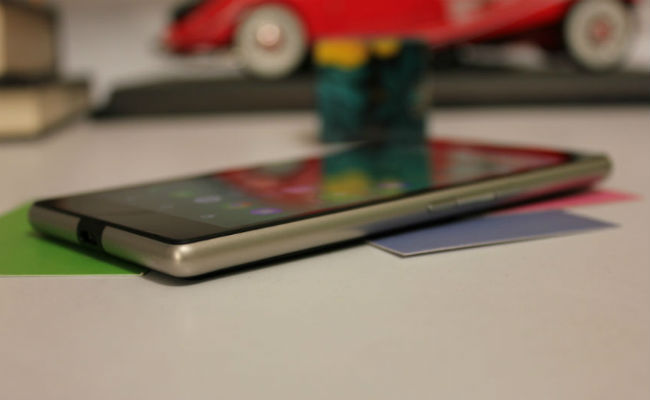 The big round camera module on the back looks unique. Yu calls this the ‘Saturn ring’ design and it adds to the design. The overall design is sure to turn some heads and may even solicit surprise from those who aren’t already familiar with this smartphone. 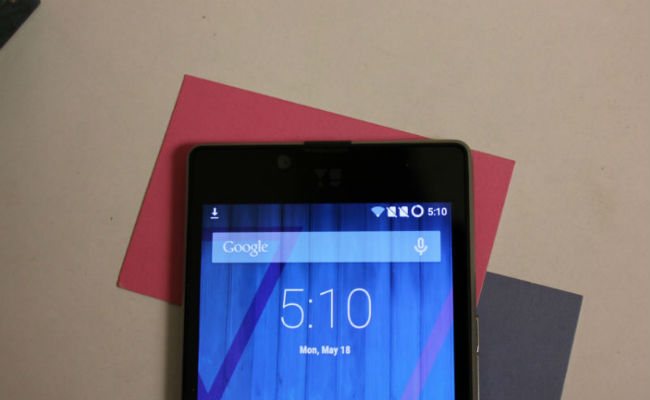 For me, the uniqueness is what gives this points over the Xiaomi Redmi 2. In terms of looks, the Yu Yuphoria is a first in the budget segment, while the Redmi 2, though a looker, is not exactly an unique looking smartphone. It is more compact though, which would be a big plus for those who care for such devices. 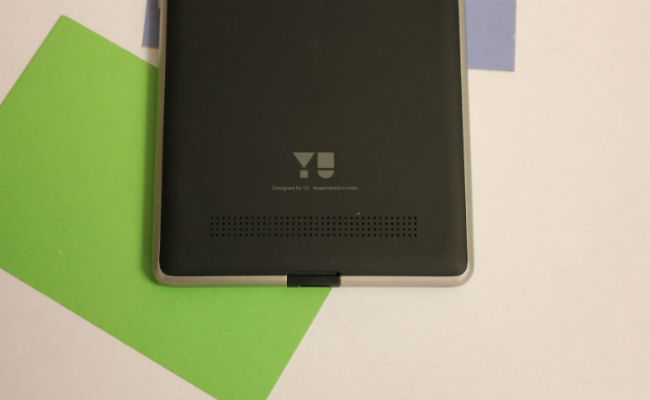 The only complaint about the design of this smartphone is about the placement of the volume rocker and power button. The power button rests between the up and down volume buttons, but it is bigger than those. As a result, it is usually pressed on one side and tends to bend towards that side. This is a disaster waiting to happen and you may very well find the power button to be non-functional after using this phone for a while.

The first real pitfall for the Yuphoria is in its display. While a 5 inch 720p display should be convincing on paper, the Yuphoria’s display is not. There’s a definite pink-ish hue all over the display, which makes apps, images and videos looks weird, if not bad. 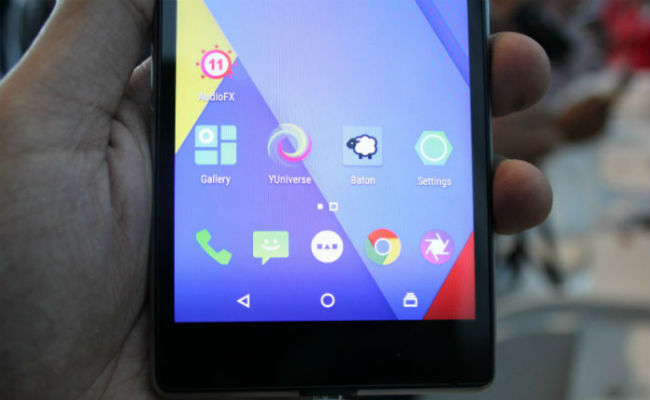 It’s sharp enough and the viewing angles are acceptable for a budget smartphone, but I would go with the Redmi 2’s display any day, simply because it is much more accurate.

One of the biggest selling points of the Yuphoria is that it comes with CyanogenMod 12 and Android 5.0. This makes the phone only the second after the Moto E, to boast Android Lollipop out of the box in the sub-7k segment. 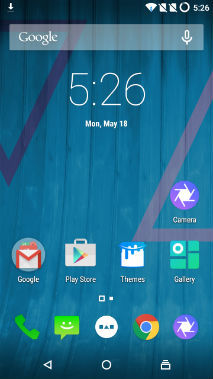 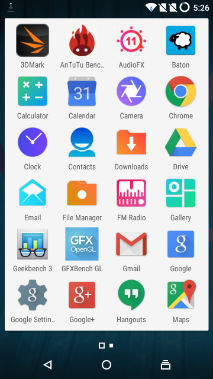 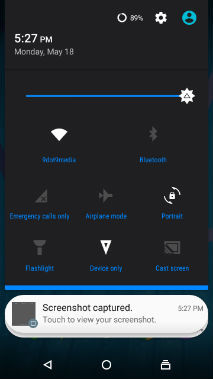 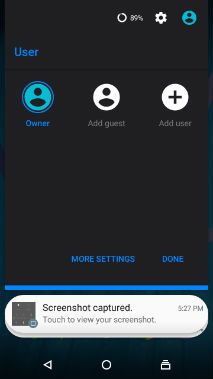 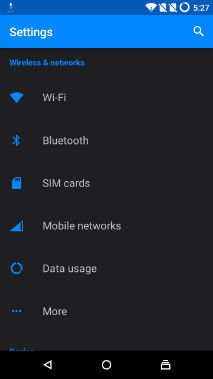 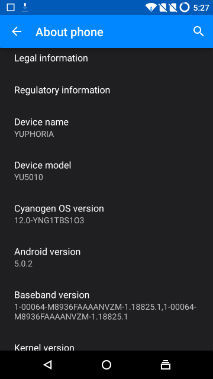 There isn’t much by way of unwanted apps, although the inclusion of Baton seems fruitless since it’s still in beta stage and doesn’t allow new entrants. In addition, the YUniverse apps kept freezing and crashing everytime I tried to use them.

From our reviews of the Lenovo A6000, Xiaomi Redmi 2 and others, we’ve decided that the Qualcomm Snapdragon 410 isn’t a sizeable upgrade over the Snapdragon 400. That said, it is still the reigning SoC in the budget market right now. The Yu Yuphoria couples this with 2GB of RAM, which on paper should give you stellar performance.

Benchmark lovers will have nothing to complain about here, the Yu Yuphoria performs just as good as the Lenovo A6000 Plus, Xiaomi Redmi 2 and is better than the 3G variant of the Moto E. On benchmarks, the Yuphoria performs pretty much the same as these devices.

On regular usage, the Yuphoria will show some lag and stuttering after heating up. In the current 41 degrees temperature, that happens quite fast too, but one can’t really hold that against a smartphone. Under more controlled conditions, the performance is pretty much the same as its competitors.

It’s worth noting though that the phone sometimes froze on the multitasking screen, or while changing between apps. It happened only a couple of times though, so I’m not overly concerned about it.

In general, you can play for about 25 minutes before the phone starts really heating up and the lags start creeping in. This holds for intensive games like Marvel: Contest of Champions and Dead Trigger 2, while simpler games will run longer. You will lose about 14% battery in those 25 minutes, which is a little disappointing.

The most disappointing aspect of the Yu Yuphoria for me was the camera, and it is also the reason why the Xiaomi Redmi 2 remains the best budget smartphone right now. The Yuphoria’s camera falls closer to the Lenovo A6000. It overexposes images in bright sunlight and washes them out in indoor settings.

The camera is also somewhat slow to focus, irrespective of the light conditions. While low light imaging is more respectable, but it’s still not as good as the Xiaomi Redmi 2.

The Yuphoria has a slightly better camera than the Lenovo A6000 Plus and is much better than the Moto E (2nd Gen), but it can’t surpass the photos taken by the Xiaomi Redmi 2.

While the 2230 mAh battery on this device is slightly larger than the Xiaomi Redmi 2, the battery life is more or less the same. Compared to a Moto E (2nd Gen), which is aided by its smaller and lower resolution display, the Yuphoria doesn’t stand a chance.

On regular usage, this phone won’t get you through the day, but will last for about 10-12 hours. This will change if you’re gaming a lot though. As mentioned above, the battery drops by about 14% after 25 minutes of gaming, which means there’s not a lot you’ll get out of it. It’s an ok battery at best, just like the Redmi 2.

At Rs. 6,999, the Yu Yuphoria is definitely a value for money smartphone. It’s the best looking budget device that you can buy right now, if the camera isn’t a priority for you. If you need a good camera, then the Xiaomi Redmi 2 is a better smartphone. On the other hand, if you multitask a lot on your phone, then the extra 1GB of RAM on the Yuphoria will be more useful to you, at least as long as the other version of the Redmi 2 comes into the market.