Everything from Nintendo Direct @E3 2021


As the Nintendo Direct kicked off at E3 2021, there were tons of announcements (although none about Nintendo Switch Pro), which included a slew of new games for its ever-so-popular Nintendo Switch console. Further down, you can explore almost everything announced at the ~40mins long Nintendo E3 2021 Direct event.

The Legend of Zelda: Breath of the Wild 2

While being one of the most anticipated titles, Zelda fans were likely kinda both excited and disappointed by the Nintendo E3 2021 event.

Fans were expecting a nearabout release window of 2021, but it was announced to be released somewhere in 2022.

From the first gameplay footage of the anticipated sequel to The Legend of Zelda: Breath of the Wild, it looks like Link will be heading up into the clouds for this game, which reminds us of The Legend of Zelda: Skyward Sword. The brief trailer teases a few new and upgraded abilities, including Link freezing a giant spiked cement ball to roll it back at the enemies, phasing through solid rock to rise up through the bottom of a floating island and ends with the scenes of a castle being violently ripped from the ground and suspended mid-air in a field of wispy red miasma.

Nintendo E3 2021 also showcased Metroid: Dread, the first 2D platformer game in the Metroid series in freakin’ 19 years, which will feature Samus battling it out in Metroidvania style, just like in the days of Super Metroid. Samus will star in Metroid Dread as she explores a strange new planet while being pursued by something known as E.M.M.I. Similar to the SA-X in Metroid Fusion, this is likely to be a repeating theme throughout the game too.

It has also since been confirmed to be a continuation of Metroid Fusion, making it the most recent entry in the Metroid timeline. Although Shinya Takahashi (Nintendo representative), assured players prior to the announcement that Metroid Prime 4 was still in active development, Metroid: Dread will likely launch on October 8, 2021, probably along with a game-related Amiibo for sale too. 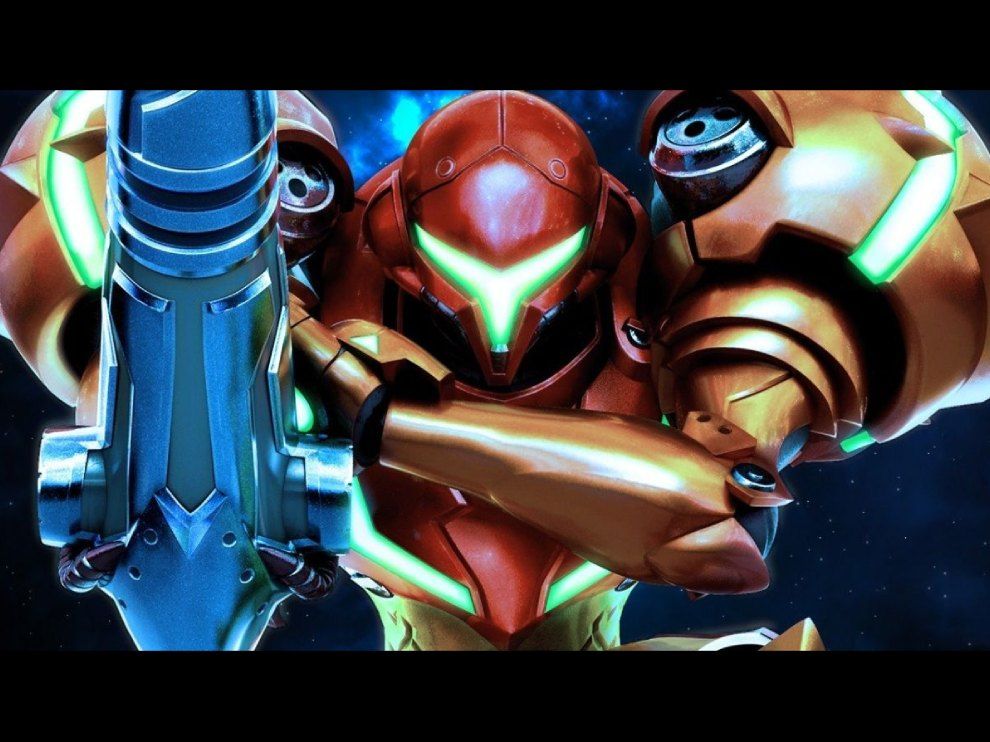 The new Mario Party title from Nintendo is a kind of mix between a remaster and a new game which will also incorporate boards and minigames from past entries in the series, promising over 100 minigames from across the series. It will include some classic boards from the Nintendo 64 era of the series, but with better graphics. Interestingly, online play will be included in the Mario Party game too, which will enable players to play online with their friends or with random players from all over the world.

Mario Party Superstars is slated to launch on October 29, 2021. 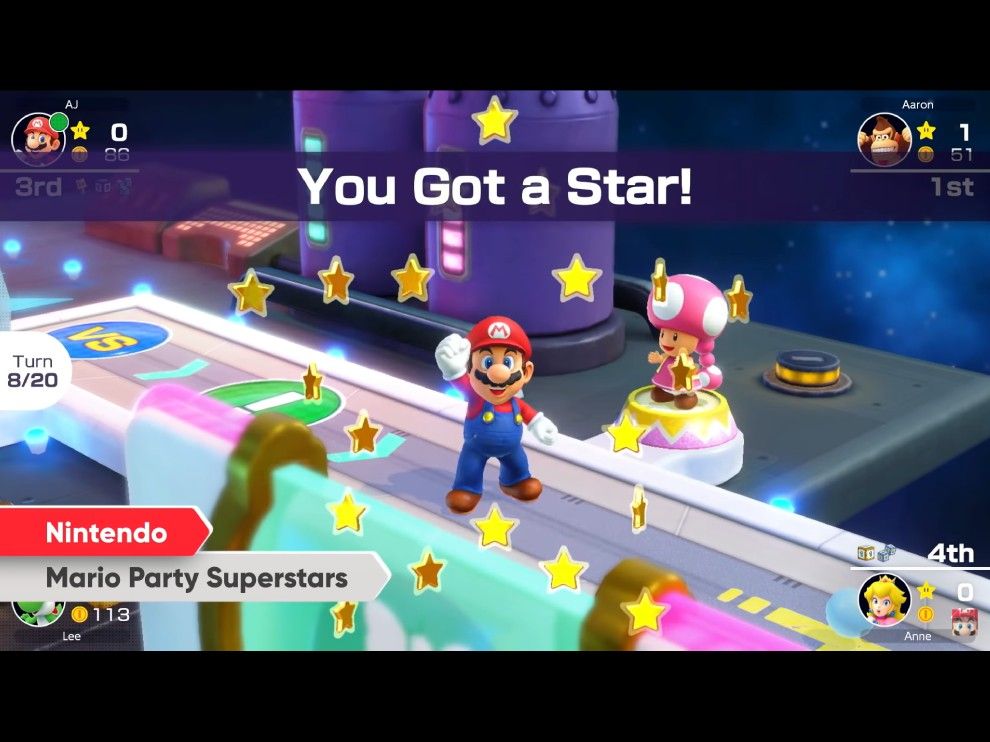 WarioWare: Get It Together

Nintendo showed off their new WarioWare series game called WarioWare: Get It Together, which brings the popular microgame collection to Switch, where you’ll play as Wario and his friends in brief, five-second spurts to execute simple tasks like disconnecting a drain, spinning a windmill, tweezing body hair, and evading pigeon poop. (ok this is turning more gross…). As with typical WarioWare titles, this isn’t so much of a single game but a huge collection of insane minigames. There’s also an exclusive two-player co-op, where you and a friend can join in on bizarre minigames and aid each other in clearing a level.

WarioWare: Get It Together lands on September 10, with pre-orders available. 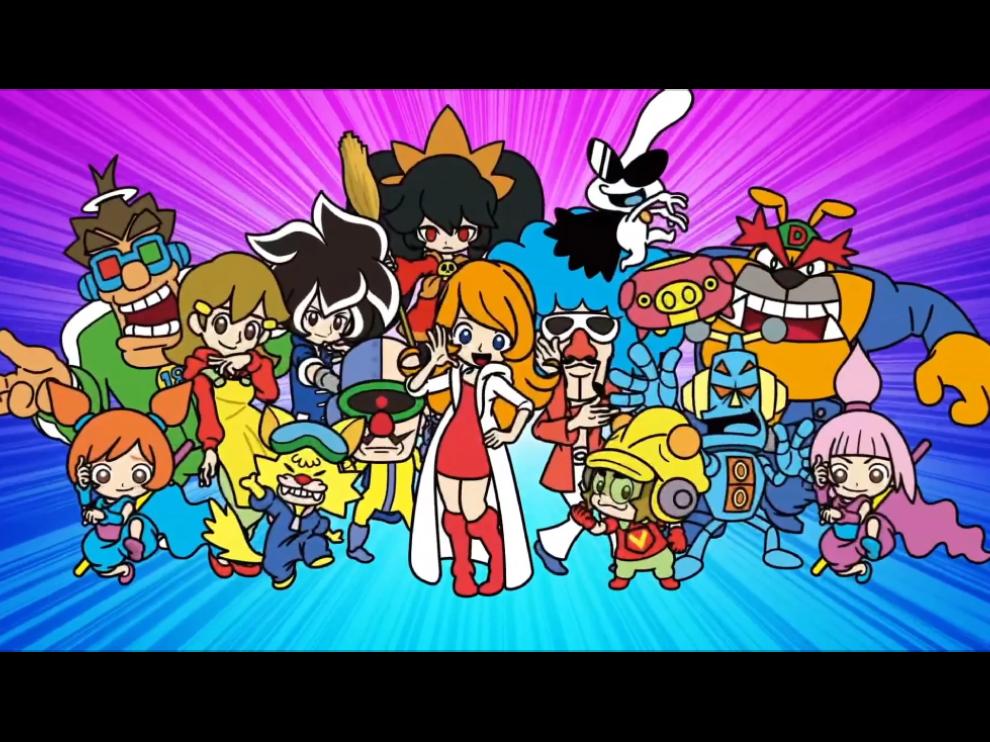 When it comes to RPGs Nintendo Switch is always all in for more. Shin Megami Tensei V, a JPRG, which was revealed in a Nintendo Direct last year, has now finally been covered more, and will mark the first entry in the series since the 2013 3DS title. The Nintendo Direct revealed a trailer that flaunted the game’s world, gameplay, and various offered features. As with other games in the series, you’ll use turn-based combat to fight enemies and level up your character, with one of the cool features being recruiting and even fusing demons together. It is set to release on November 12 as a Switch exclusive, with pre-orders open from June 21. 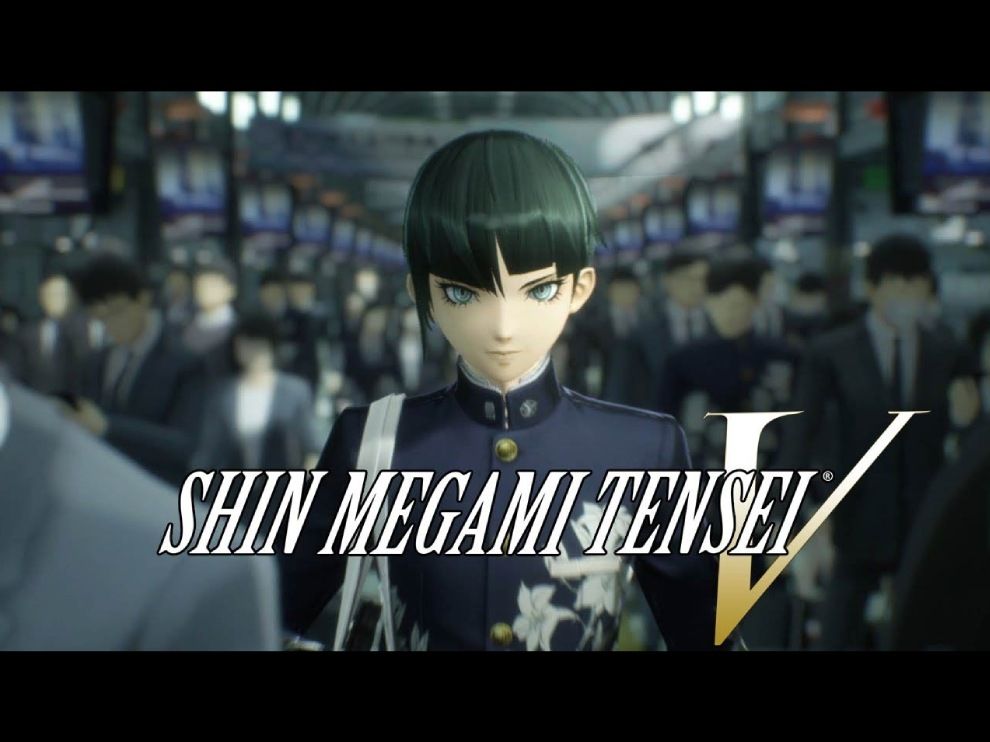 Two titles were revealed to be coming later this year: Life is Strange: True Colors and Life is Strange: Remastered Collection. The former will be arriving on September 10th, while the latter has an unconfirmed “Q4 2021” release window. This will also be the franchise’s first time appearing on the Switch console, so players will have every opportunity to catch up with the emotionally compelling series with both a new standalone release and a collection of previous games as well. 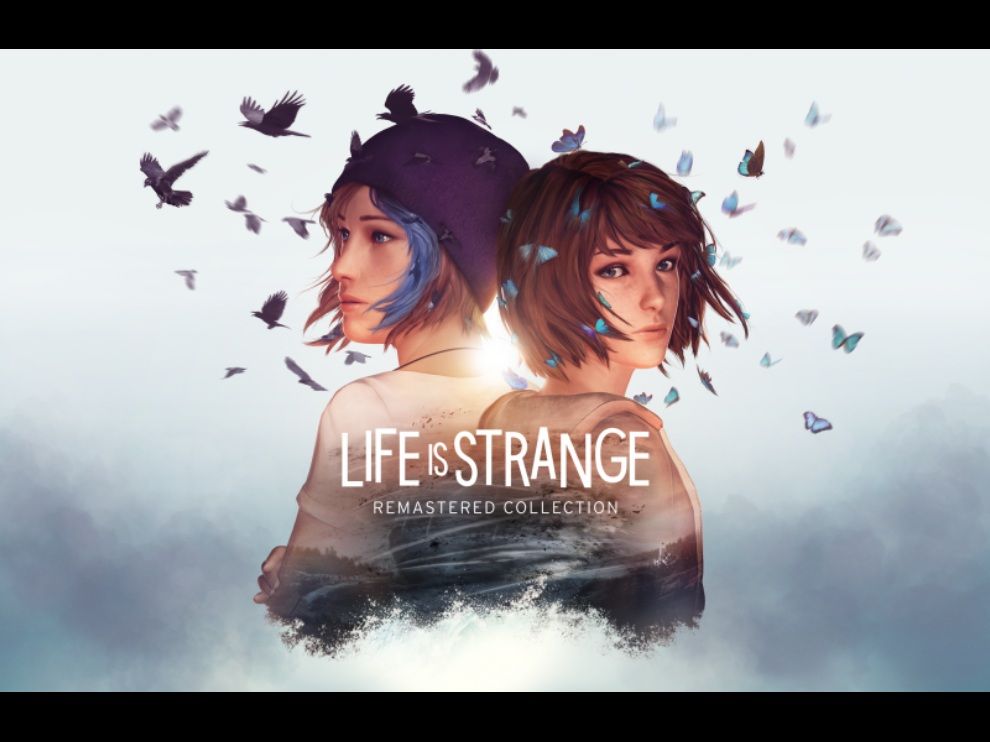 Advance wars might be the most unexpected announcement from Nintendo Direct in my opinion. Also, this would mark the first time that the Advance Wars franchise would launch as a new title, since 2008. It has even been announced that the title will be developed by WayForward ( the company that’s known for surprise remasters), and was revealed that the original two titles in the Advance Wars series would be remastered and re-released, exclusively for the Nintendo Switch console. The package deal will be titled Advance Wars 1+2: Re-Boot Camp, set to release on 3rd of December. 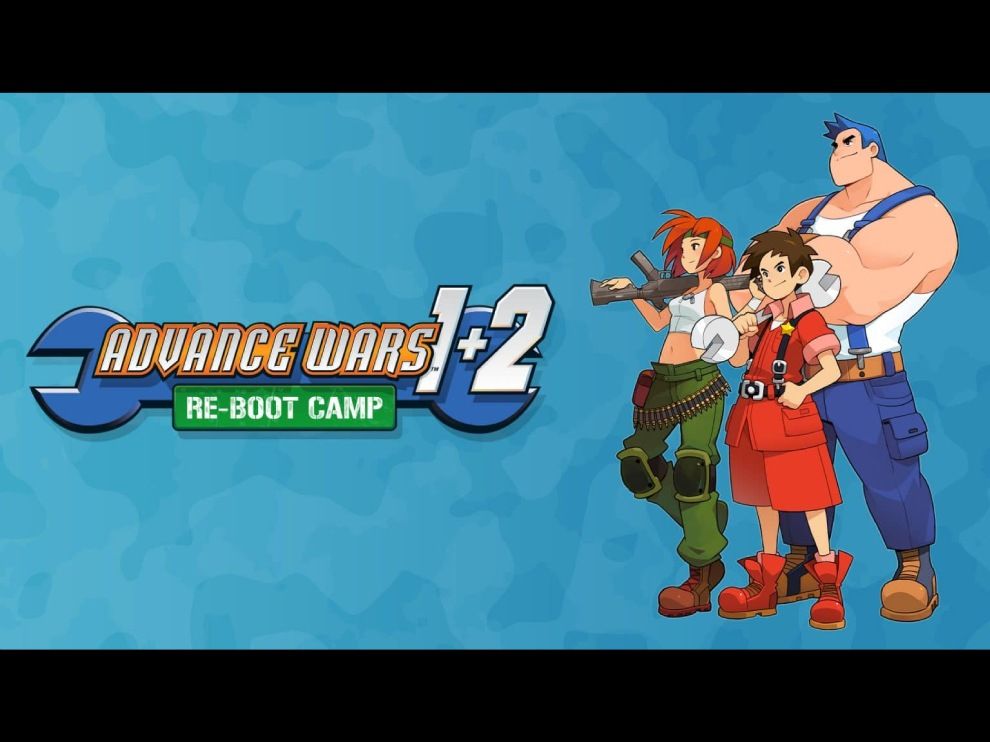 And whoa, you think that’s all? There were a whole lotta other announcements and showcases done in the Nintendo Direct apart from the ones we covered above. Some of the exciting ones are: 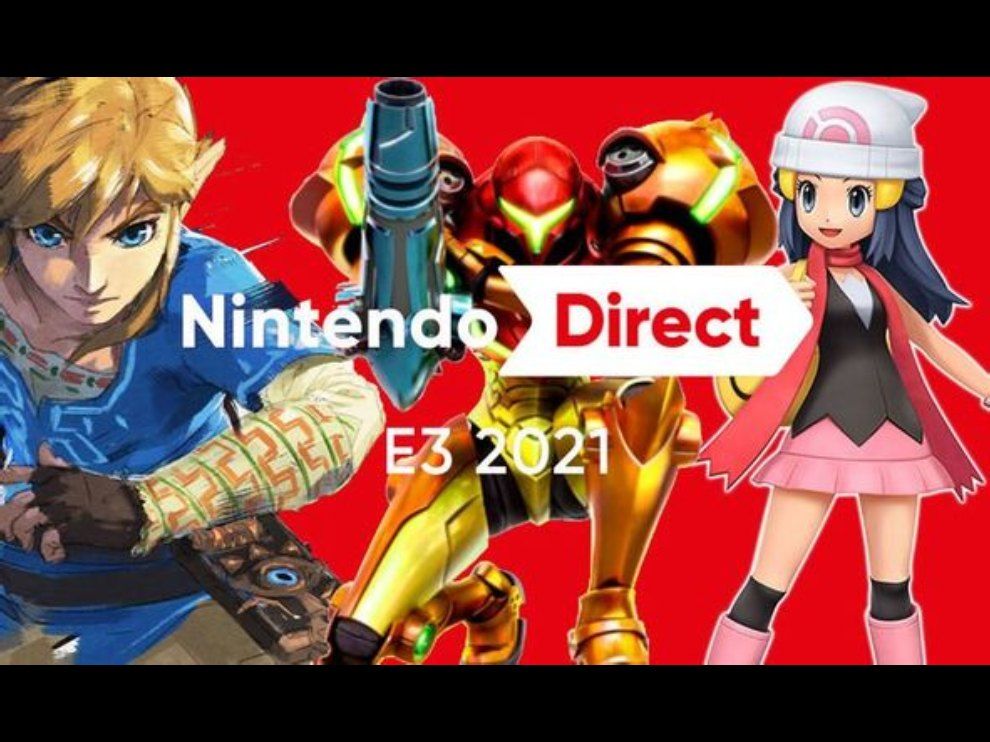 Thursday snags $3.5M for a dating app that’s live once a week – TechCrunch

All 8 new titles revealed by Yooreka Studios at E3!