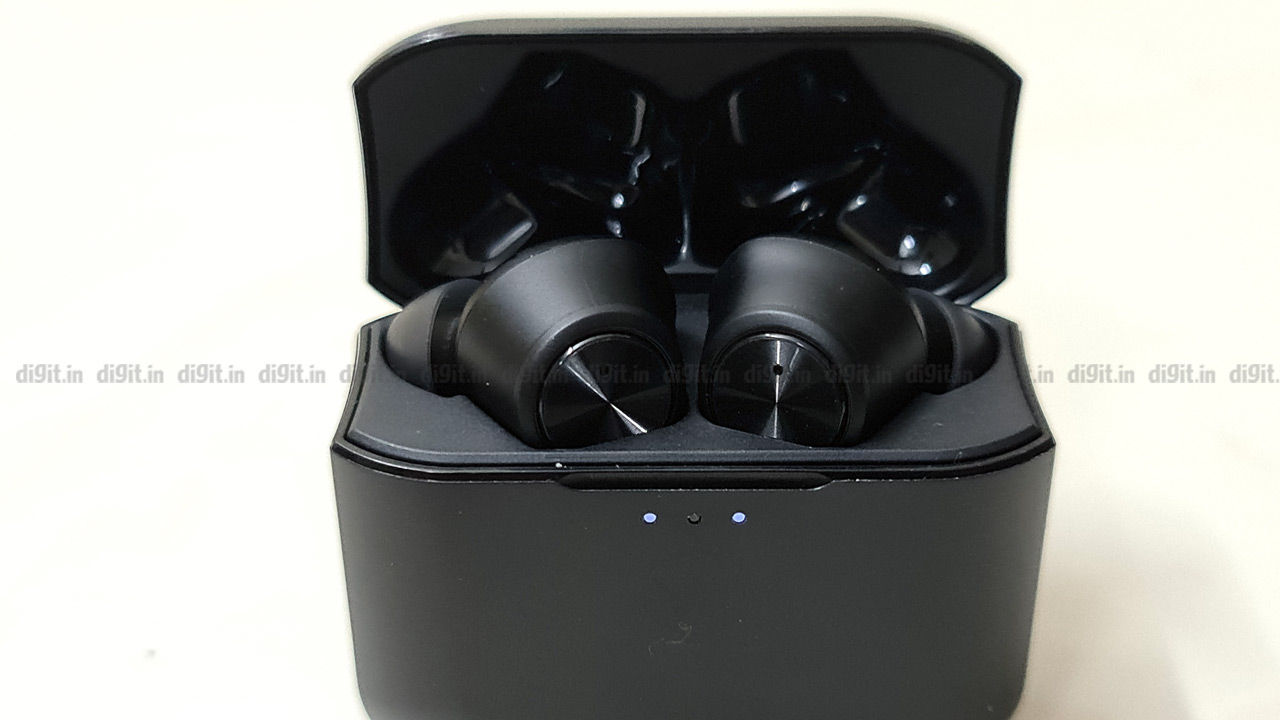 
Wings Lifestyle, an Indian audio brand, is slowly but surely becoming a notable audio brand with a wide portfolio of affordable audio products, especially true wireless and neckband-style wireless earphones. Here, we are reviewing the latest Wings Lifestyle true wireless offering that launched on September 18, the Wings Techno true wireless earbuds that are priced competitively at Rs 3,999. However, over the past year, true wireless offerings in this price range have exploded with brands such as Noise, Boult Audio, Boat, Realme, and Xiaomi providing lucrative products for consumers to pick from. The Wings Techno has tons of competition and let’s find out if it manages to stand out considerably in our review.

The Wings Techno true wireless earbuds feature an understated yet streamlined design language. The charging case comes in a diminutive square-ish form factor with rounded edges. The plastic body has a matte texture that feels good to the touch but it is rather slippery, so be cautious when placing the case on inclined surfaces. 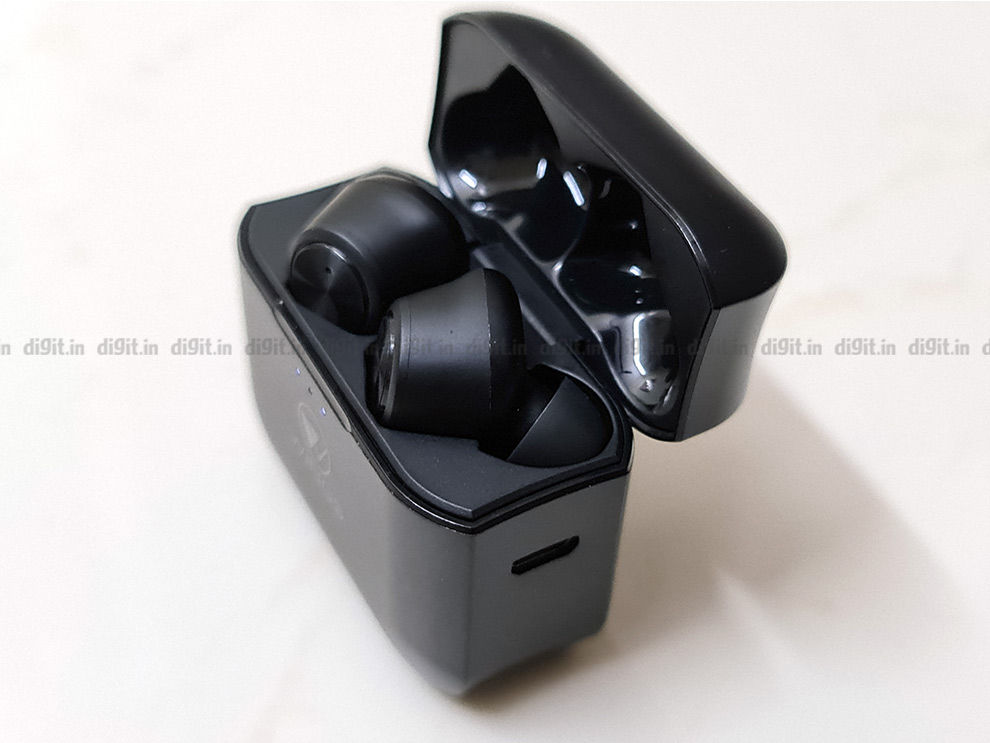 On the front side, there’s the Wings logo which is not too noticeable since the glossy black finish of the logo fails to pop out from the matte black finish of the case. There’s also three LED lights that indicate the battery life of the case. On the right side of the case, you will find a micro-USB charging port, which is extremely disappointing since we’ve seen numerous true wireless earbuds such as the Playgo T44 and the Realme Buds Air sport USB-C charging in the same price range. 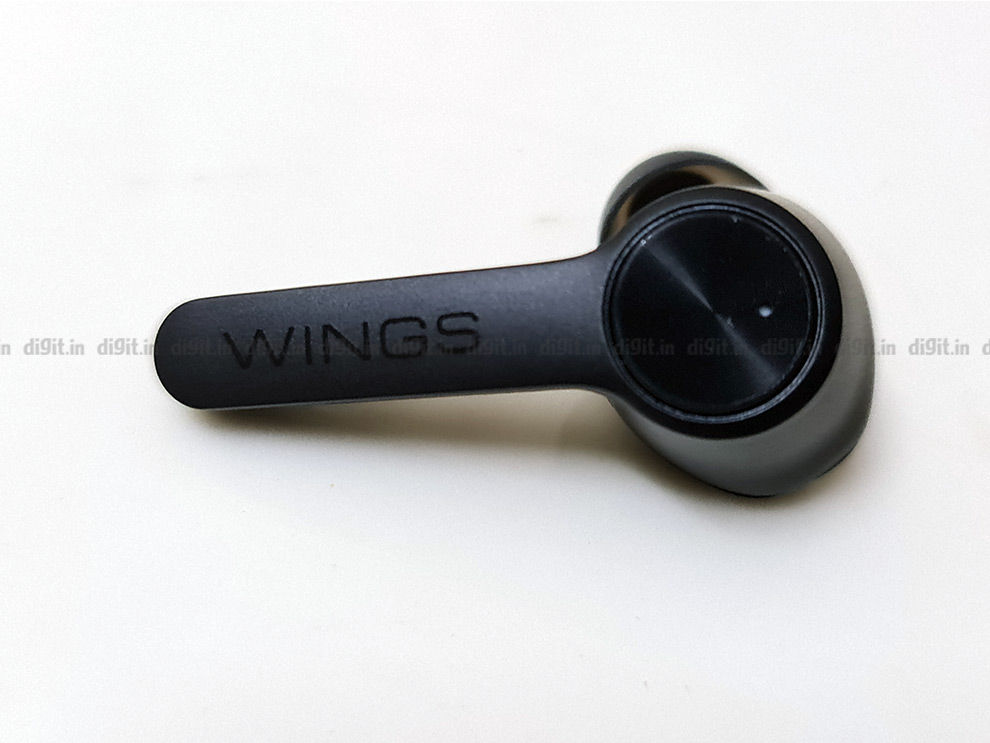 The earbuds themselves have a pipe-style design, much like the Realme Buds Air, however, they feature an in-ear design with silicone buds, which we appreciated since half in-ears can prove to be flimsy when it comes to fit. The back of the earbuds feature a snazzy-looking CD-like texture that doubles as the touch sensors used for controlling music playback and handsfree calling. 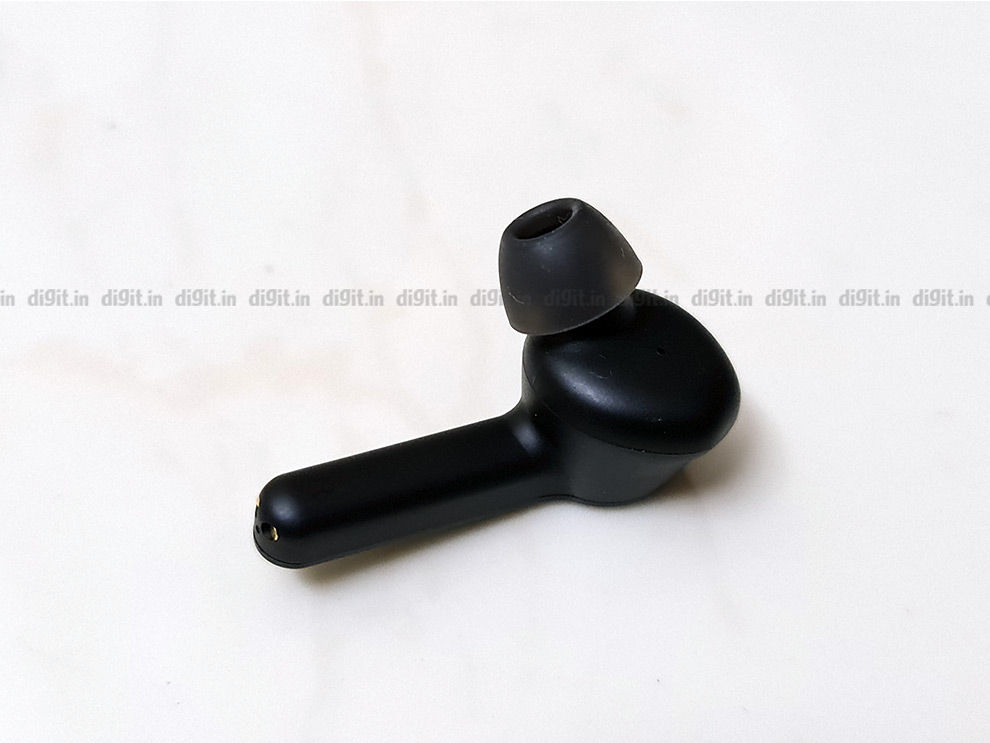 The buds have an extended rounded bulge at one end that helps them sit in the user’s ears securely. People with smaller ears, however, might feel some discomfort in their ears at the point where this rounded part comes in contact with their inner ear, especially during long listening sessions. The earbud’s nozzles are angled to further elevate the fit and the company has also provided extra silicone tips for those that need it.

Overall, the buds are pretty comfortable and sit snugly within the ears. They’re also pretty stable during activities such as jogging, and even running. You can easily utilise these buds in the gym since they come equipped with an IPX5 water resistance rating, which means you don’t have to worry about sweat or even light rain damaging these earphones.

The Wings Techno are sufficiently feature-laden for their price point. Powered by Bluetooth 5.0, the earphones also have support for the AAC audio codec, along with the standard SBC codec. No aptX support though. You also get a wireless transmission range of about 30 feet, and while we didn’t test this extensively, the Bluetooth connection seemed extremely stable and could even pass through a wall. 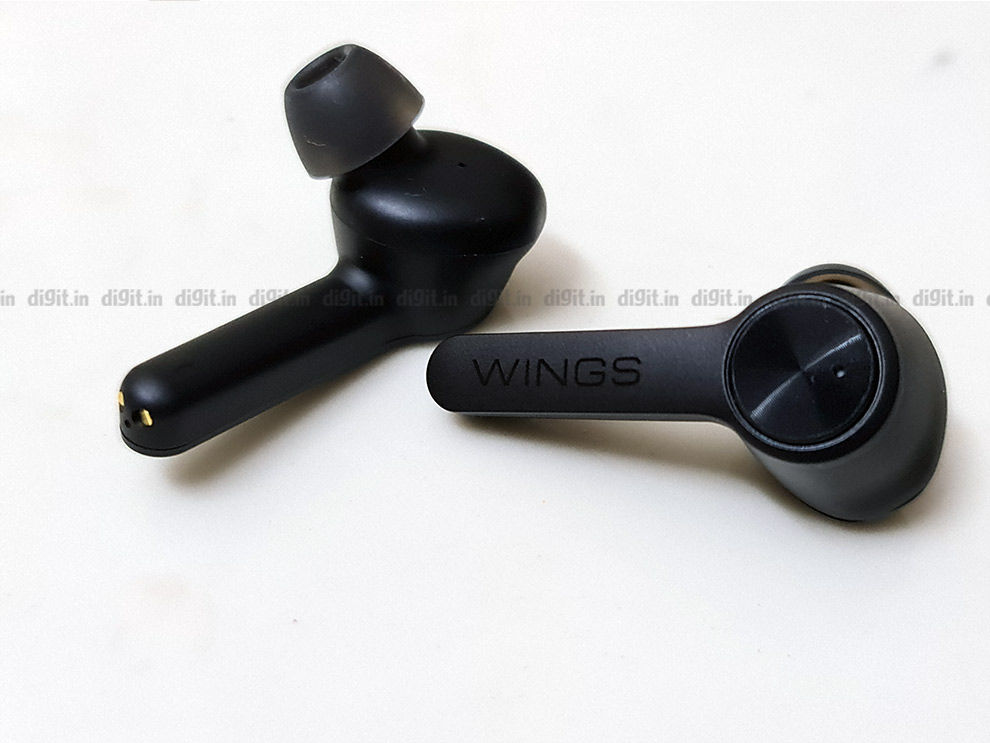 The Wings Techno also comes equipped with touch controls for music playback and calling. The controls are fairly intuitive – single tap pauses/plays music, double tap on the right bud skips a track while double tap on the left bud goes to the previous track, and tapping and holding the right or left bud increases or decreases the volume, respectively. The earphones also support Voice Assistants, so triple-tapping any bud will activate your device’s assistant. However, the controls didn’t always work as intended. Sometimes double or triple taps wouldn’t register and the music would just end up pausing when we tried to, say, activate voice assistant or skip tracks, which was slightly aggravating.

Battery life on these buds is quite great, with the buds delivering 6 hours of playtime from a full charge, while the case is capable of 18 more hours of playtime, making it a total of a commendable 24 hours. In our tests, we used the earphones for about 5 days at about 70 percent volume and we didn’t manage to drain the charging case completely.

At first listen, the Wings Techno have a pleasant sound quality, with bass response that isn’t too overstated and clear vocals. The earbuds employ 5.8mm graphene drivers that deliver a warm and pleasing sonic experience, which is great for this price range since earphones in this range usually come with overstated, muddy bass response. However, if you listen to these earphones with nitpicky ears you may find that the mid-highs and highs experience considerable loss in detail and quality.

In Pull me Under by Dream Theatre, the cymbals and high-hats sound flat and are relegated to the background, which brings down the overall dynamics of the song. In bass-heavy tracks as well, while the punchiness of the bass response is definitely present, sometimes the earbuds don’t manage to convey enough drive or fervour. 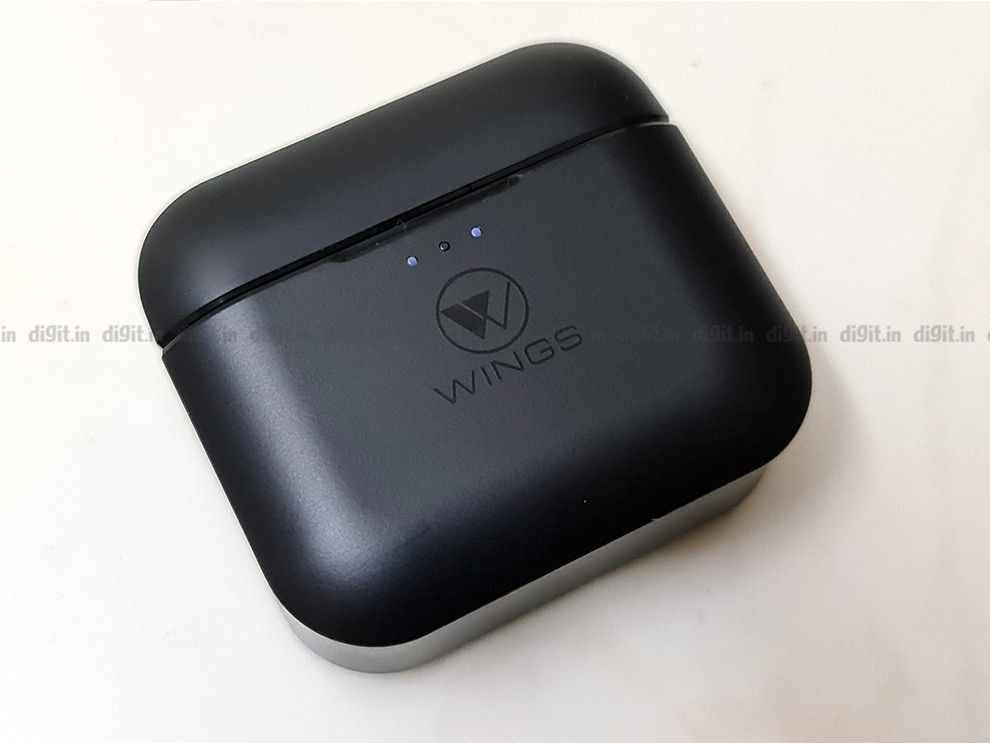 However, in vocal-centric tracks such as Hello by Adele, the Wings Techno show quite a bit of finesse with silky smooth and clear vocals that pierce through other instruments. Overall, we found the sonic signature to be pleasing but lacking in polish and detail.

Coming to the microphone, the Wings Techno features dual microphones that do a good job at making calls and even recording voice notes. The pipe-style design lends itself to better microphone performance since they are much closer to the mouth. In calls, our voice sounded clear to the receiver, however, some background sounds did get picked up and relayed.

Priced at Rs 3,999, the Wings Techno are a decent pair of true wireless earphones that come with some lucrative features such as touch controls and a 24-hour-long battery life. The charging case is also one of the more pocketable ones we’ve seen while the buds fit snugly within the ears and offer a comfortable experience to most ears. The sound quality, however, is plagued by some loss of detail in the highs and lack of drive in the bass response. In our experience, the Playgo T44 and the Boult Audio Airbass Livebuds had slightly battery auditory performance in comparison to these buds, however, the latter doesn’t feature touch controls.