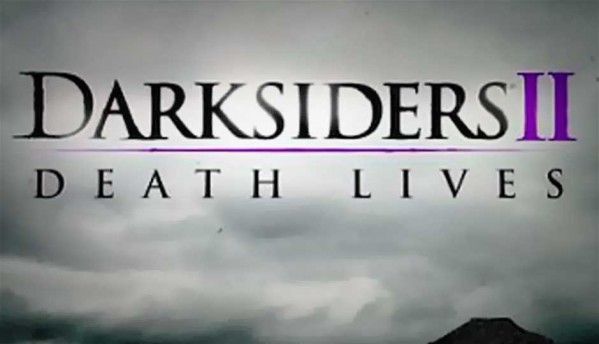 Darksiders II plays it safe. It borrows from the best franchises and throws its own twist and turns with the gameplay. The story is pretty straightforward and isn’t the selling point of the game. The puzzles and combat however are the reasons you wonï¿½t put your controller down. If you are looking for an action adventure game with clever puzzle elements thrown into the mix then this is the game is definitely for you.

The original Darksiders was launched in 2010 and was a new IP from THQ. The game had some great things going for it like a refreshing story, puzzle and dungeons thrown into the mix along with some great action. On the down side, the game was met with criticism for complex and slightly frustrating controls.

Two years later, today we have a sequel to the game conveniently titled, Darksiders II. Is the game truly worth the ride?

You play as Death, one of the horsemen of the Apocalypse (there are four horsemen overall – War, Death, Famine and Conquest). Death is on a journey to prove the innocence of his brother, War, the lead protagonist from the first game, and in the process, restore humanity.

It isn’t necessary that you play the first game to know what’s going on this time around but if you have, you will see some familiar faces and will feel right at home with the look and feel of the game and how the story pans out.

Having played the first game, you have moments of awe when certain characters come up on screen but if you haven’t you will enjoy the ride nonetheless. The plot doesn’t have too many twists and turns and you will encounter a large number of characters. It’s a give and take relationship with these characters. You complete the missions they give you and they aid you in your quest. The number of side missions and quests at your disposal in Darksiders II is quite a handful.

One downside to the game is that it’s easy to forget or not care about the story as it will move slowly if you are one who will get easily absorbed in the side quests and missions of the game.

If you are a veteran gamer, then you will see how developer Vigil Games has borrowed elements from gaming’s biggest names, such as Prince of Persia, Devil May Cry, Zelda and more to put together a game filled with dungeons and some kick-ass action. 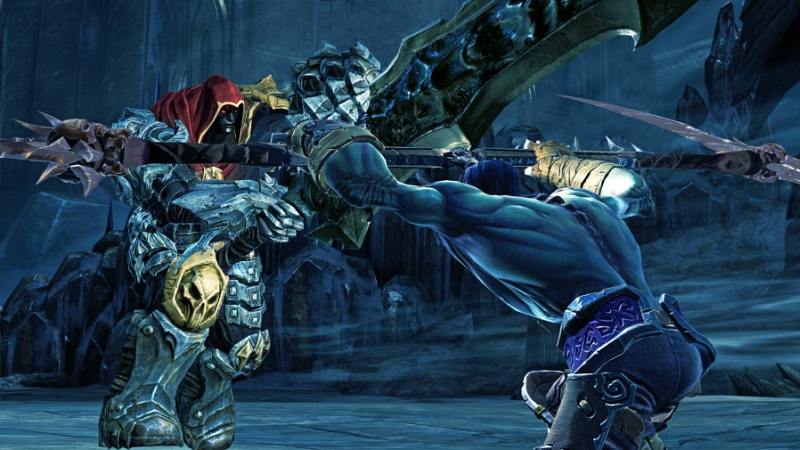 Darksiders II’s gameplay can be divided into three parts – the action and killing, puzzle solving and RPG style level ups.

The action in the game is quite good and we are happy to say that the controls aren’t as complicated as the first game. Death’s primary weapons are two scythes, which he can use to take down the enemies, and you will have access to a plethora of other secondary weapons such as hammers, axes and more that help you mix up the combos. Some of the secondary “heavy” weapons are slow and can cause a lot of damage. Death also has access to a gun, which adds to the combat of the game, something we loved in the Devil May Cry games.

The second element of the gameplay is puzzle solving and finishing side quests. These can cost you many sleepless nights and borrow heavily from the Zelda franchise. There is a puzzle around every corner and it can be something as simple as finding a key to open a locked door or something more complex as restoring the supply of lava and water to a forge. Either way, the puzzles aren’t very difficult that they won’t leave you scratching your head for long. The difficulty is moderate for the average gamer. 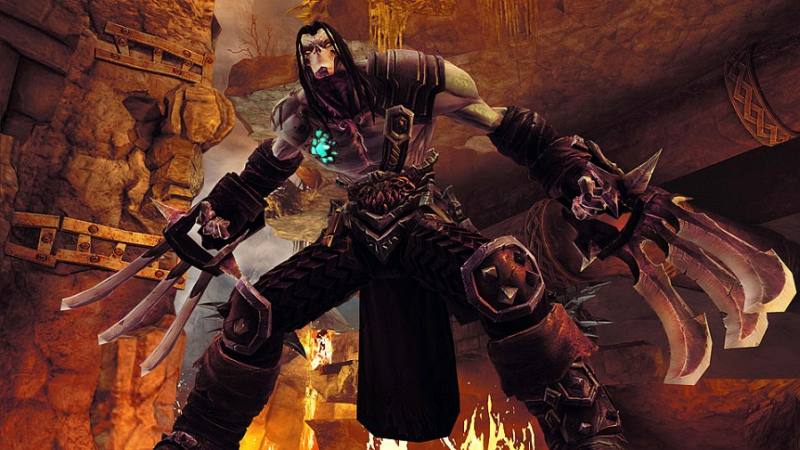 Another element where puzzles are introduced is with respect to the boss fights. Not all bosses can be taken down with hacks and slashes. Some require strategic thinking and that adds to the variation in gameplay – keeping it fresh.

The level up system in Darksiders II has been redone when compared to the first game. When you start out as Death, you are puny and have limited abilities. In a matter of few hours, we had upgraded the scythes to almost full, unlocked some nice special abilities and pimped Death out to look like a badass – a very satisfying experience.

To level up in the game, you need gold. And gold can be found either from dead enemies or the plethora of chests scattered throughout the game. This is one of the only parts of the game that gets monotonous after some time.

Overall, the mix of the three-gameplay elements is nice. For the veteran gamer there may be little here to challenge but new comers and average gamers will have a fun time. Victory in combat can be achieved by either button mashing our putting your skills to the test – your choice. 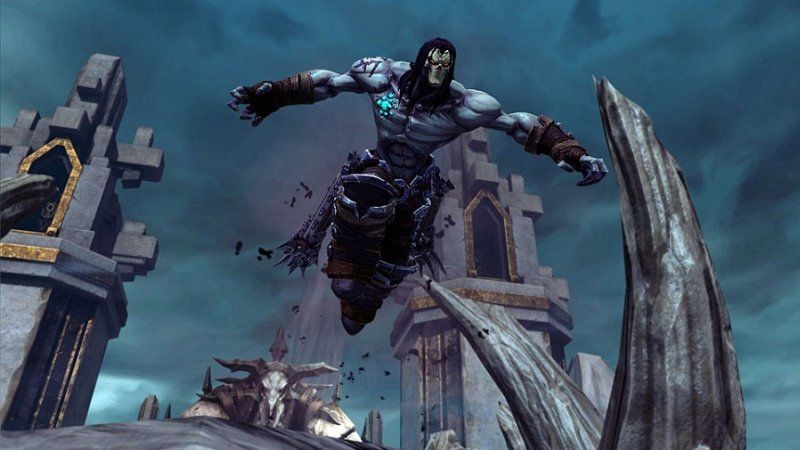 The graphics of Darksiders II are good if not the best in the business (we tested it on the PS3). You will encounter a variety of locations from dark and gritty dungeons to the lush out doors. All the locations look beautiful and have a distinct feel. Textures look sharp for the most part and the overall ambiance of the levels in the game is very good.

The animations of the enemies too are nice as they circle Death and hack and slash at him.

Speaking of Death, the character is well modelled and his animations in traversing and combat are very smooth. You will probably unlock a few moves and use them in combat and say, “cool!!” as you take down enemies with finesse. It is all satisfying and well animated. 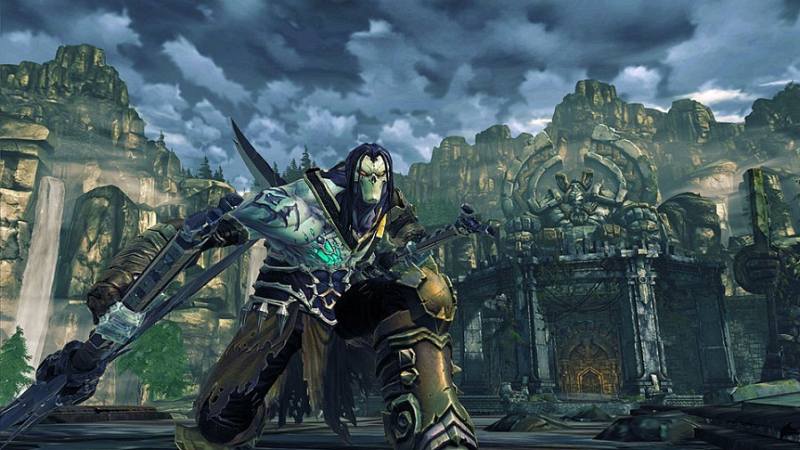 The cut scenes however at times do feel stiff and it is hard to relate to the characters at certain points.

The voice acting of Darksiders II is satisfying and well done but it is difficult to feel attached to any of the characters. There is the witty joke here and the sarcastic comment there, but nothing in totality to keep you fulfilled.

The background score is very well varied with adrenaline pumping tunes during battle, and soft orchestral scores while navigating the environment. 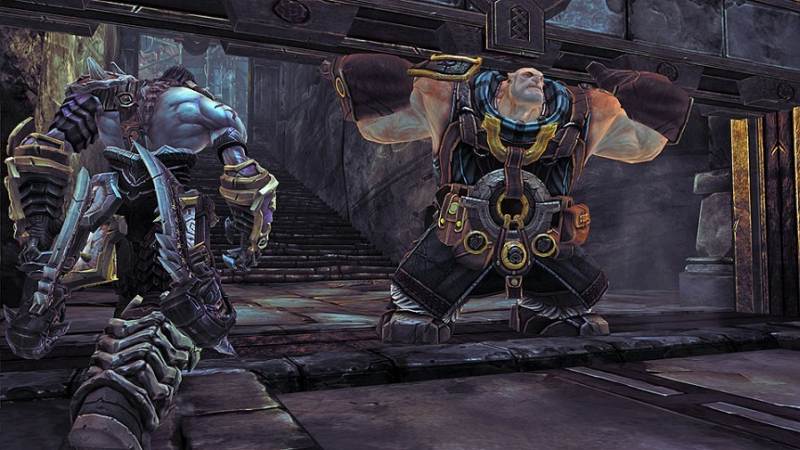 Some reports on the Internet suggest audio and other glitches than can be corrected by restarting the game. We however were fortunate enough not to encounter them.

If you are a completionist, you can easily derive 20 hours from the game, making it a bang for your buck. Apart from that, Darksiders II plays it safe. It borrows from the best franchises and throws its own twist and turns with the gameplay. The story is pretty straightforward and isn’t the selling point of the game. The puzzles and combat however are the reasons you won’t put your controller down.

If you are looking for an action adventure game with clever puzzle elements thrown into the mix then this is the game is definitely for you. 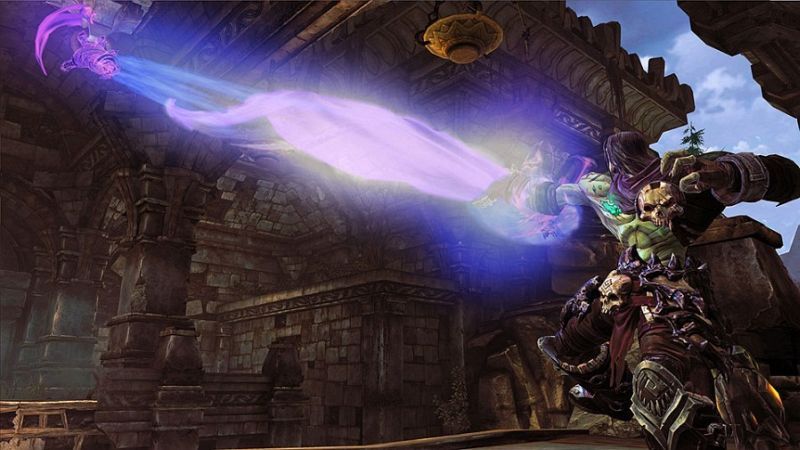 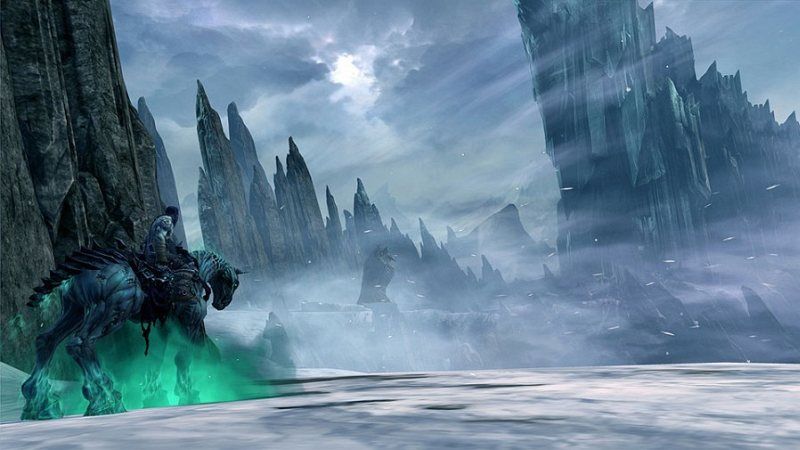 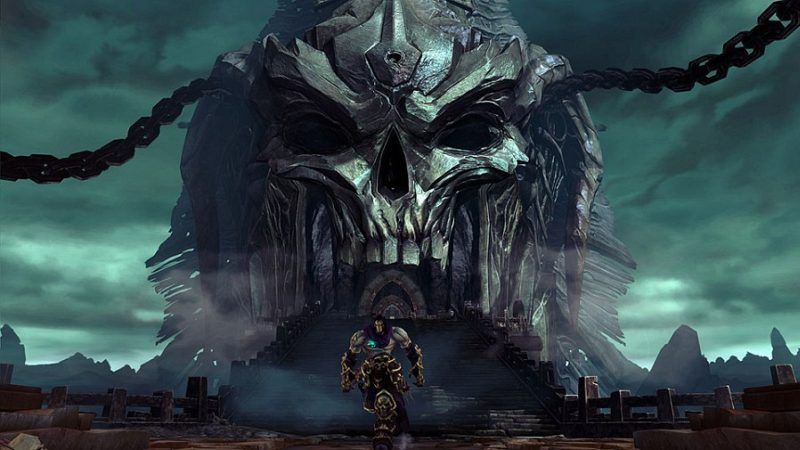 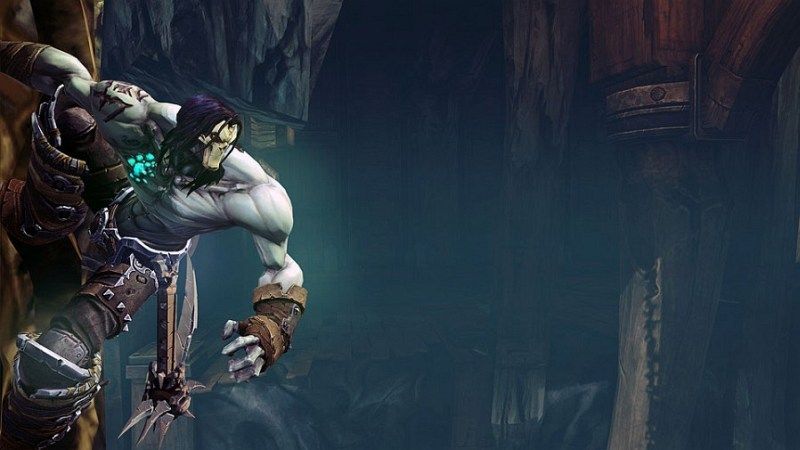