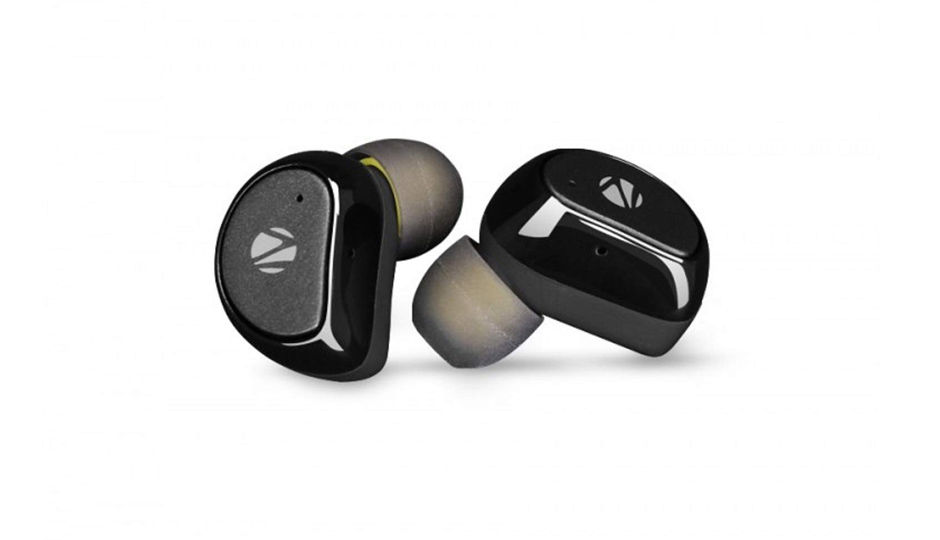 It is easy to go all out and throw the latest technology into a pair of true wireless earbuds and call them state of the art, price no bar. It is an entirely different ballgame to offer a quality true wireless experience at roughly the tenth of the price of the aforementioned state of the art experience. Zebronics has taken a shot at the latter with the Zeb Peace true wireless earphones, offering them at Rs. 3999 at the time of writing this, yet managing some impressive feats during our review.

In the box, this is what you get

Truth be told, the Zeb Peace does cut a couple of corners in its build. The tiny capsule that doubles up as the charging case looks glossy and cheap right out of the box, and don’t even get us started on its affinity for fingerprints and dirt. We had a particularly hard time keeping this one clean for a shoot, so don’t throw it in your pockets or a bag expecting it to come out spotless. 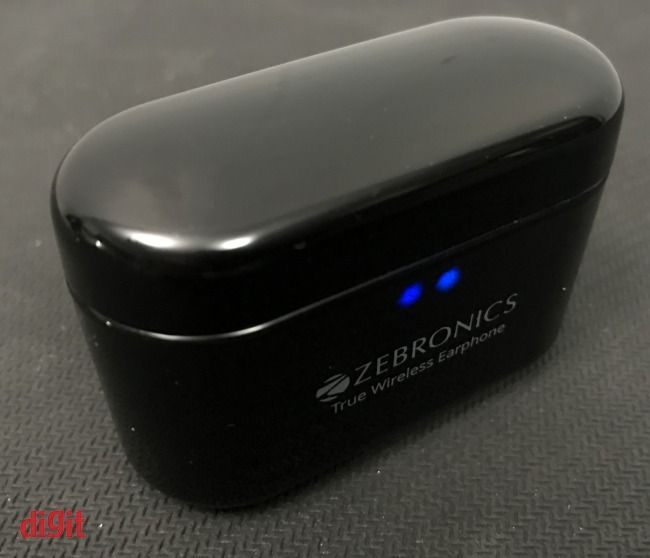 However, you’ll be doing a lot of that. The capsule is one of the most compact pieces we’ve encountered among budget and expensive true wireless earbuds, which can go a long way in ensuring that you carry it when you’re going to the gym or a run. 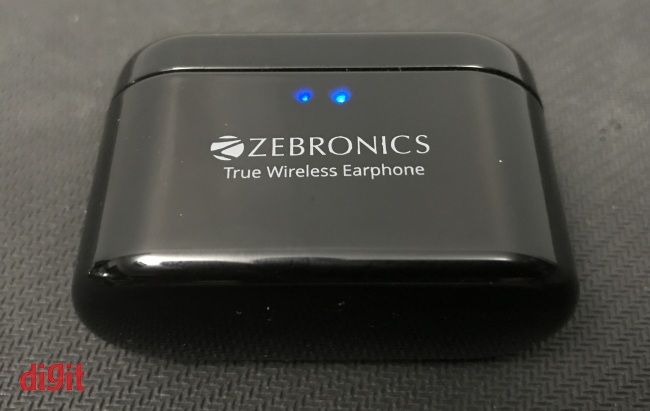 The Zebronics branding at the front is not too eye-catching but could be more subtle. A micro-USB port at the back is how you charge the case, which in turn charges the pods when they’re housed inside. The box snaps shut with magnets, which is also great to avoid it accidentally opening up and letting the pods out. Two LEDs in blue at the front let you know the charge left in the case, while three red LEDs light up when you connect it to a power source.

The pods themselves are pretty tiny and fit snug into the case. At 4 grams each, it’s easy to forget they’re there once you put them on.

In fact, the whole package doesn’t weigh more than a standard golf ball. However, that doesn’t mean you’ll have to worry about the earbuds falling out without you realising. The driver enclosure is built ergonomically to fit into the grooves of your ear, and the angled tips provide a secure, immersive fit. Try out the additional ear tips in the box until you find the right one. The earpods themselves have a glossy finish save for the buttons, which are matte. LEDs on each pod indicates the connectivity and battery status. 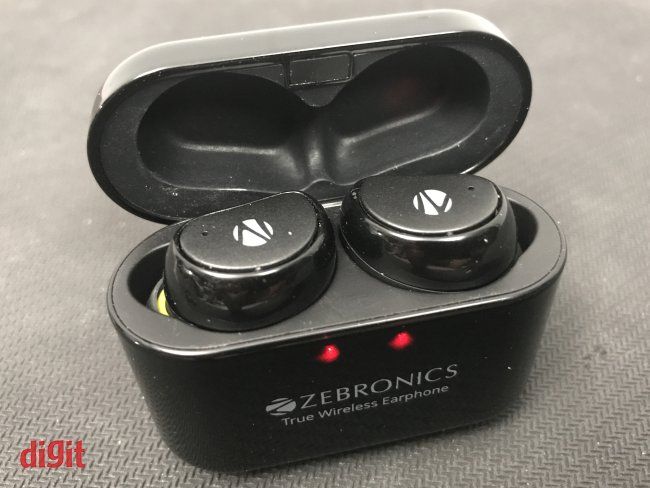 The buttons on each pod serve multiple functions like accepting calls, controlling playback and firing up voice assistants. They require a hard press to be operated, which can be a problem considering that you’d be pressing into your ear canal. It might be a bit much to expect swipe-based controls at this price but the buttons could be placed in a better way. Zebronics doesn’t provide an official IP rating for these buds but does claim that they’re splash proof, so we’re probably looking at an IPX4 here. This, combined with the ergonomic design and the grip of the buds themselves, makes the Zeb Peace an ideal budget gym companion. But how good does it sound?

With a pair of 6mm drivers operating at 16ohms impedance, the sound on the Zeb Peace goes beyond what you would expect. If you don’t expect these to sound too great, you’re not alone. However, we were pleasantly surprised by the audio that these buds push for most of the time. 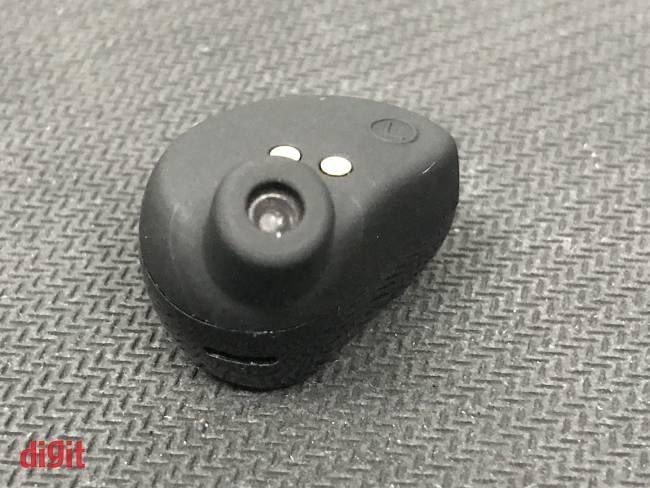 The bass on the Zeb Peace is what starts the deviation from the usual. It sounds controlled, regulated without any sign of bloating whatsoever. If you’re expecting some amount of seismic activity with these, you might as well look for a different option. On the other hand, if you’re expecting tracks things like the background bass chorus-loop Uptown Funk to sound natural, without losing its vocal essence, you won’t be disappointed. It even manages to create a decent soundstage on Hunter by Bjork. 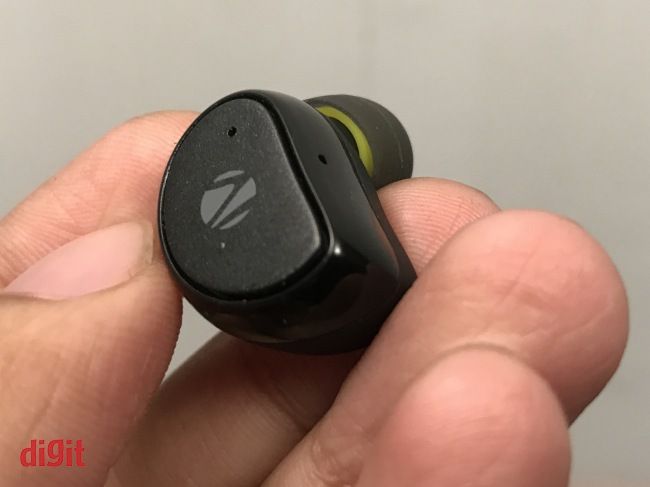 A hint of roll off does show up when these earbuds are pushed on the highs but stick the volume to about 70% of the maximum, and you should be able to avoid anything unpleasant. We tried to blast Centuries at max volume on these, which was a bad idea, but not the worst one we’ve had with budget true wireless earbuds. Vocals are also quite accurately handled by the Zeb Peace.

They offer a decent amount of passive isolation, even in noisy situations like daily commute in Mumbai. This could be really important for those looking for a compact, portable daily driver. Call quality is also great, with the only limitation being that it’s only pushed to the left earbud. The connectivity is a bit complex. You need to pair the buds together before pairing the combination to a smartphone. However, once that happens, the connectivity is fairly stable. 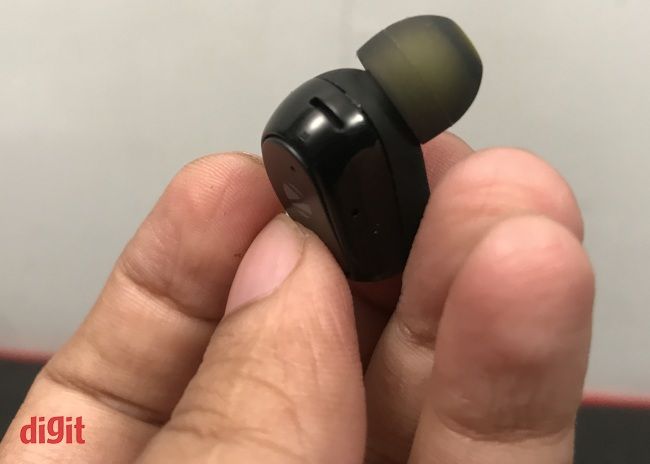 The Zeb Peace from Zebronics is affordable, even though it’s not the cheapest pair of true wireless earphones you can get. However, that brings on the additional responsibility of performing above average than the most and the Zeb Peace does not fail to do that. We had quite a good time listening to our favourite tracks in the gym as well as during commute, which speaks of the earphones’ isolation and energy. Battery life is sub-par, the build could be better, but the audio performance carries both of these shortcomings into success. If we were asked to recommend one particular pair of true wireless earbuds from the budget segment, this would be it.