Asus has a decent share of the tablet and laptop markets in India and now it is ready to plunge into the smartphone market as well. We had seen Asus’ updated line of ZenFone smartphones earlier this year and now the company has confirmed that it will be officially launching the ZenFone series in India by the second week of July. We managed to get a test unit of Zenfone 5 and here is what we think…

The ZenFone 5 has a standard candy bar design with a 5-inch 720p display protected with Gorilla Glass 3. Asus has used an IPS panel which offers pretty good viewing angles but somehow the display seems a bit dull. Even on the highest brightness settings, it looks very average. The bezels aren’t what you call slim especially above and below the display; this makes the device look and feel slighlty larger than many of the 5-inch devices that we have reviewed. 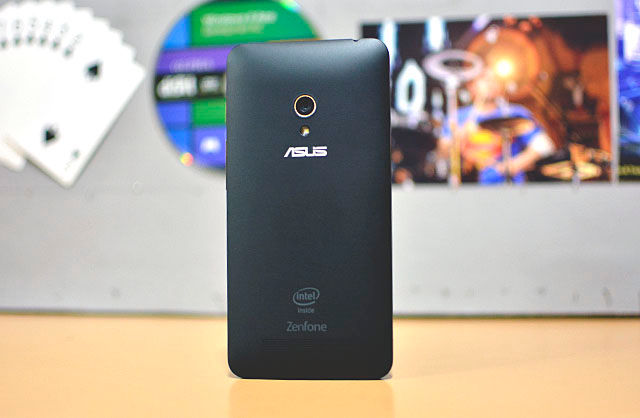 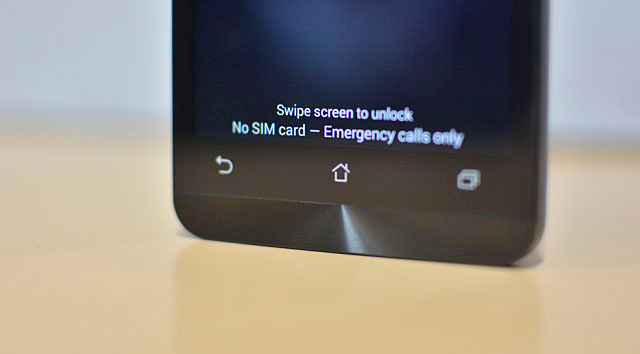 Above the display are the Asus logo, the earpiece, the front facing camera and the usual set of sensors. Below, we have the three capacitive Android navigation buttons and a metal textured accent underneath it. 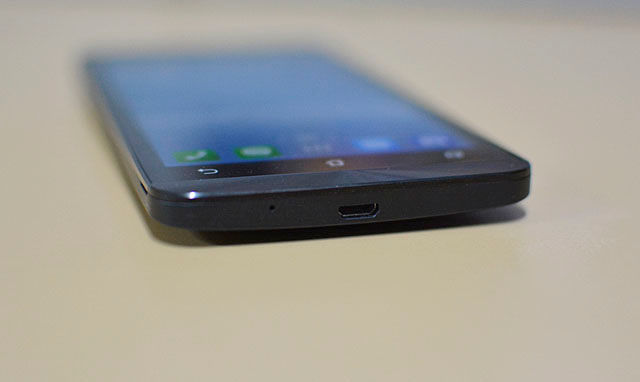 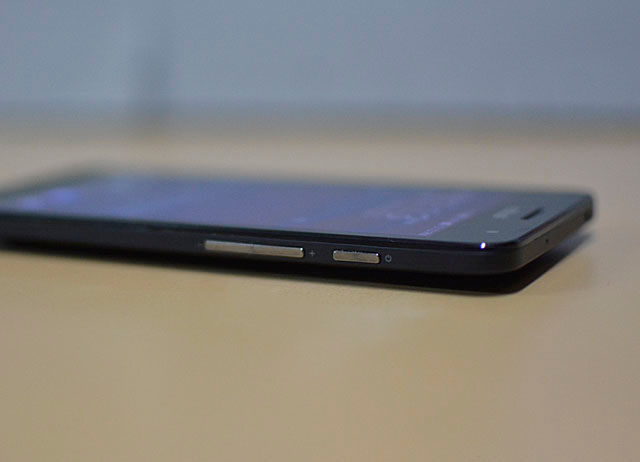 The right edge houses the volume and power/lock key which have a metal finish. The top has the 3.5mm audio jack while the bottom has the microUSB port. The handset also has two microphones, each of them housed on the top and bottom edges. At the back you will find the 8MP camera with an LED flash, the loudspeaker and a couple of Asus and Intel logos. The back panel is essentially plastic with a matte finish. The panel comes off to reveal two microSIM card slots and a microSD card slot. The battery is non-user replaceable so in case you have any issues, you will have to head to the service centre.

The handset is said to be 5.5mm thick but since it has a curved back it essentially makes the overall thickness go up to about 8mm . It does fit well in the palm and for the under-10K price, it is definitely one of the well-built devices. 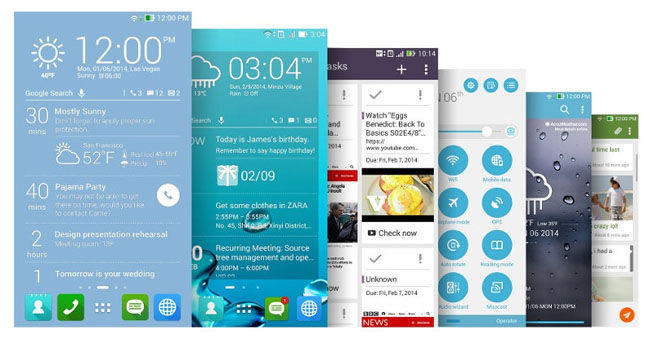 The smartphone runs on Android 4.3 Jelly Bean with ZenUI from Asus. Now this isn’t the same UI that we’ve seen on Asus tablets but rather a fresh UI with a bunch of transparent widgets, custom icons, colourful toggles in the notification bar and menus and so on. The lockscreen is also different and allows you to enable three apps (phone, camera and messaging) and also add the calendar app which shows you upcoming events. The good news is, Asus has confirmed that the handset will get the new Android Kit Kat update. Thankfully the UI is not very heavy and retains most of the basic stock features. It is quite colourful and gave us a fresh change from usual stock UI. Apps work smoothly and are responsive and even multitasking is done efficiently thanks to the 2GB of RAM. Day to day usage is fairly good and we didn’t notice any app crashes or anything out of the ordinary.

We were quite eager to test the raw capability of the hardware as we wanted to know what kind of performance level the Intel Atom chipset can deliver. Benchmark apps including Quadrant Standard, Antutu, Smartbench 2012 and 3D Mark were used and here are the results. 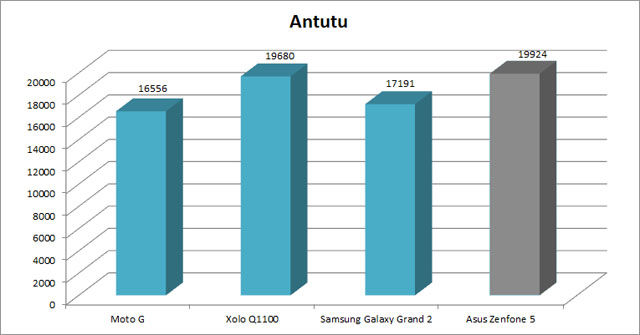 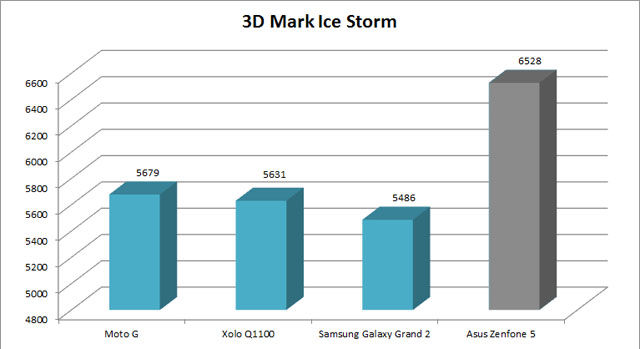 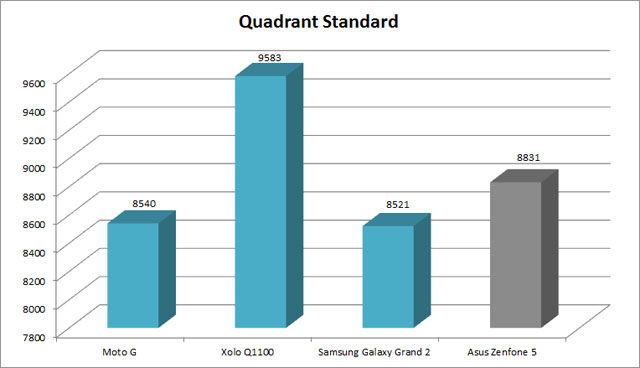 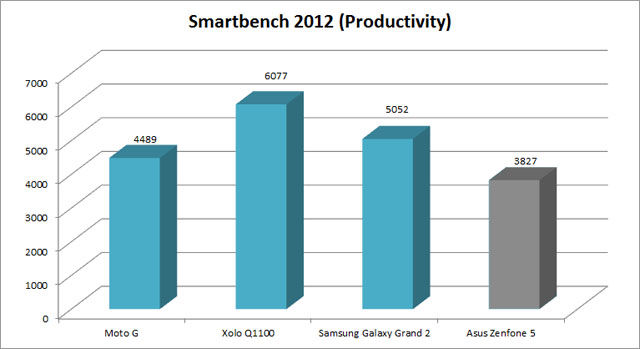 As you can see the handset has the capability to beat the strongest competitor in the category, the Moto G.

Gaming on the ZenFone 5 wasn’t all that bad and it managed to run games like Dead Trigger 2, Badland, Asphalt 8 and so on. Of course the experience isn’t the same as you get on a high-end Snapdragon equipped smartphone, as we did notice some lag here and there. We did notice the device heat up after extensive gameplay but then almost every other Android device does.

Overall we think that Asus took a bold step by fitting in an Intel chipset in the Zenfone 5 and surprisingly, it performs well.

The Zenfone 5 comes with an 8MP camera with an f/2 aperture, an LED flash and also a front 2MP snapper. In the video department you can shoot full HD videos at 30fps. Now the primary camera was a bit disappointing. Firstly the shutter wasn’t fast at all and pictures produced didn’t have correct colours and lacked sharpness. Some of the pictures even ended up being a little grainy and soft. The camera can handle low light, and even asks you to turn on the night mode if there is less light, but again we were left with pictures that lacked details.

The camera app UI is fairly simple and includes your usual set of settings, filters and effects. Asus claimes that they have put in a lot of development in the camera department, but somehow we weren’t fully satisfied with the final results. Below are some of the test shots from the Zenfone 5. Please click on an image to enlarge it in a new window. 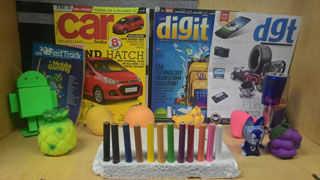 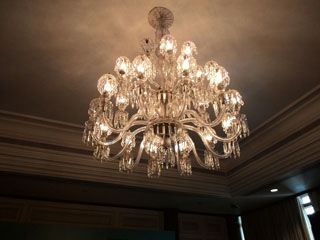 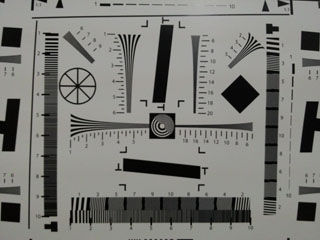 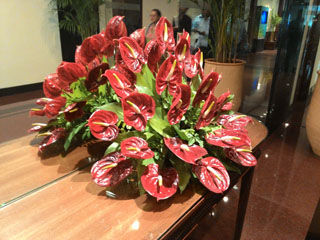 For the price of Rs.9,999 the Zenfone 5 is a cracker of a deal. The build and design is of excellent quality and even the hardware performs way better than most of the smartphones in this category. The smartphone gives some serious competition to the Moto G and the major Indian smartphone bands like Micromax and Xolo. If you are looking for a 10k smartphone, here is a great option.

Buy it from Flipkart