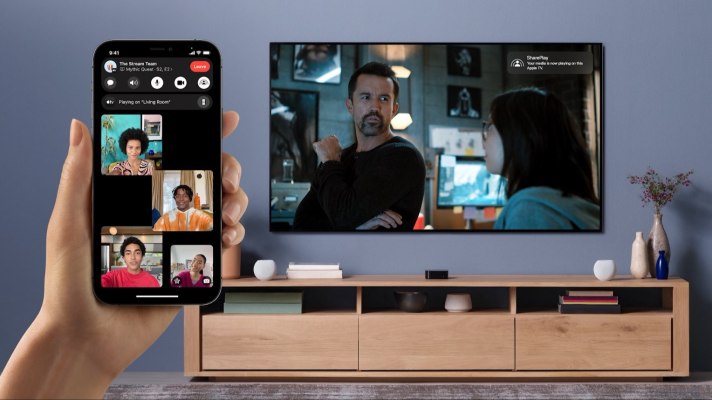 
Over a year into a global pandemic, Apple announced some major updates to its Facetime app at WWDC 2021, which will be available in iOS 15.

Notably, Android users will now be able to join in on Facetime calls, posing some competition to apps like Zoom and Google Meet, which have boomed during lockdown. This Facetime makeover will also include links to join calls, which can be sent via Calendar invites in advance of your meeting. These links work across platforms, whether you’re on the web, an Android phone, or your iPhone.

“When talking in person, our brains process hundreds of social auditory and visual cues when talking on a video call. Many of those signals can get lost, leaving us feeling drained. So this year, we’ve set out to make FaceTime calls feel more natural, comfortable, and lifelike,” said Craig Federighi, Apple’s Senior Vice President of Software Engineering.

Through a spatial audio feature, FaceTime calls will sound like you’re sitting in the same room with your friends – that means if someone is on the left side of your screen, their audio will come through the left side of your speaker. This functionality might not translate well to smaller devices like an iPhone, but could be interesting on devices like an iMac. The person speaking will have a white ring appear around their video while they’re talking, and users will be able to select a grid view to see the other people on the call, which seems quite similar to Zoom.

Next, Apple announced voice isolation, which will improve the speaker’s audio quality when calling from a noisy area. The demo video that was shown during the WWDC announcement featured a child walking into the video frame with a leaf blower. In TechCrunch’s liveblog, Darrell Etherington pointed out that the video seemed heavily edited.

Finally, a feature called SharePlay will come to Facetime, which makes it easier for friends to watch streaming videos together. SharePlay allows for group listening, watching, and screensharing, and Apple shared partners for SharePlay including Disney+, Hulu, HBO Max, NBA, Twitch, TikTok, MasterClass, ESPN+, Paramount+, and PlutoTV. The SharePlay API will be available so that all video app makers can access it, meaning that even if you don’t have an AppleTV, you might soon be able to stream SharePlay content to another device while still chatting with your friends on Facetime on your phone.