A decent value for money purchase with a couple of snags 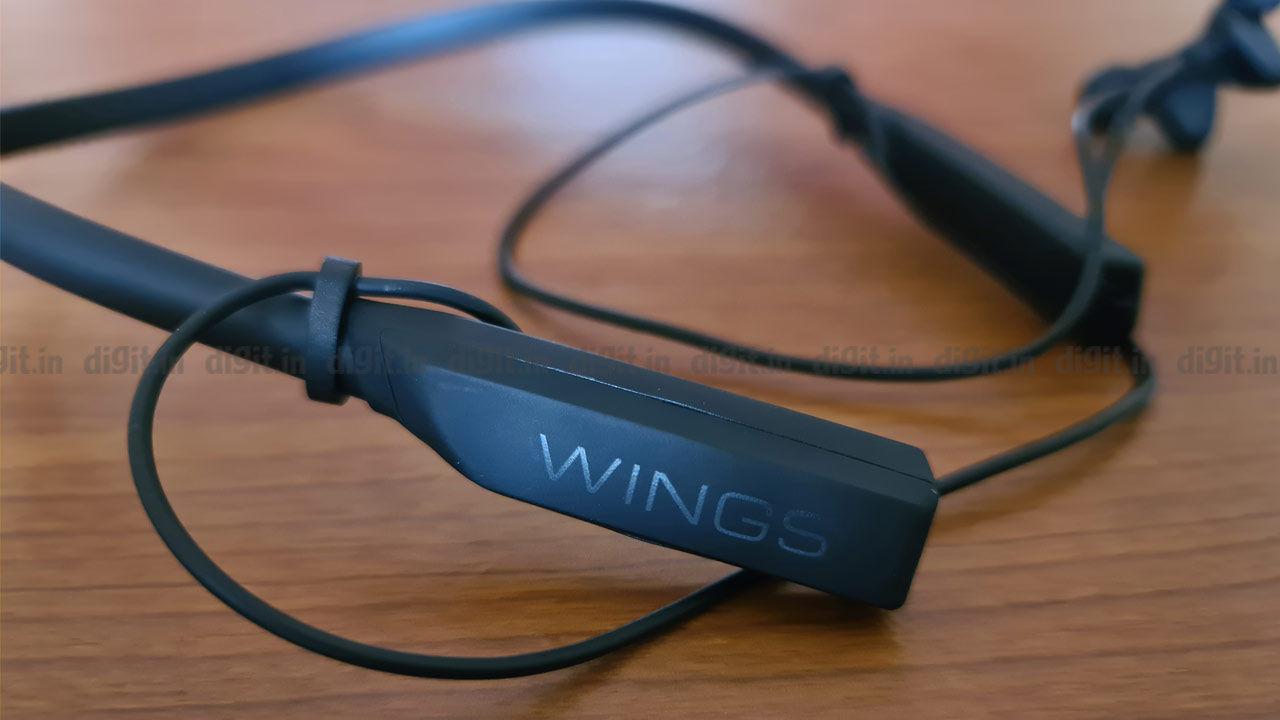 The Wings Glide sports a rather common neckband-style design with a largely plastic build. While this causes the earphones to feel a bit plastic-ky and cheap, the earphones are extremely lightweight. The lack of weight almost feigns non-existence, so there are times when we actually forgot we were wearing wireless earphones. However, the earphones also feel a bit flimsy and we’ve actually seen some reviews where the earphones stop working suddenly. So, we advise you to handle these earphones with caution since they seem to be a bit more on the delicate side. Inside the box, you also get an instruction manual, two pair of extra silicone tips, and a micro-USB charging cable. 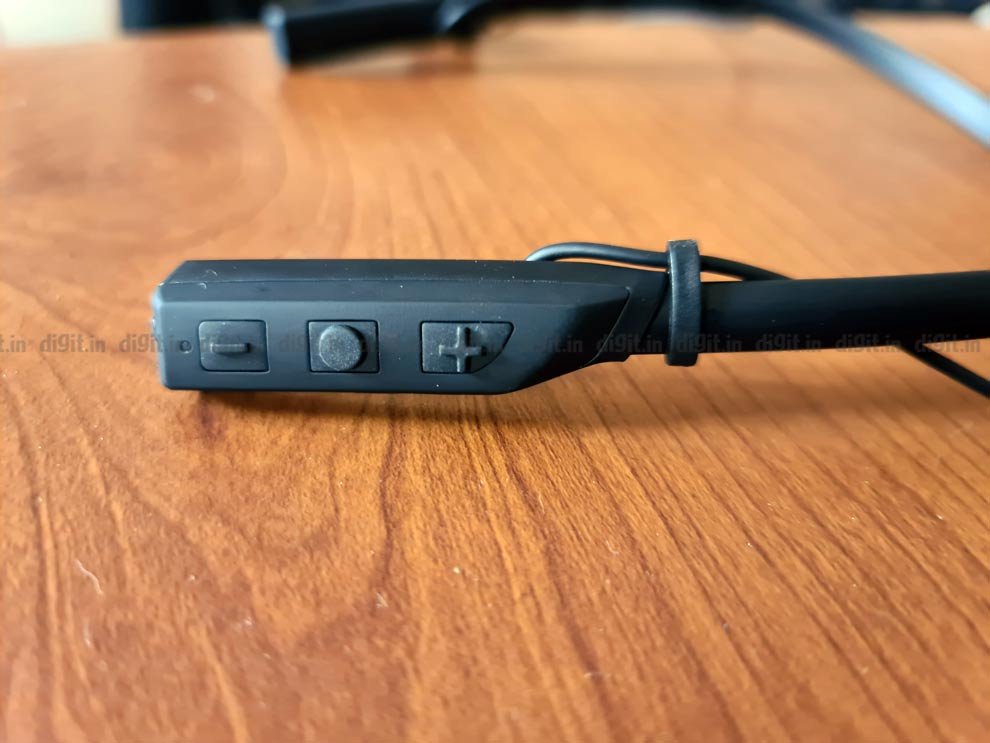 The earphones have a matte-black finish and the earbuds themselves come with a smooth matte texture which feels good to the touch. The wireless earphones’ modules are lightweight as well and the left one features three physical buttons, one LED indicator, and the charging port. The three buttons have a rubber texture and feel quite grippy. The buttons have a nice tactile click as well. The plus and minus buttons allow you to control the volume and seek tracks, while the middle multipurpose button serves to pause/play media, answer/decline phone calls, and summon your voice assistant. Overall, the controls are simple and intuitive. 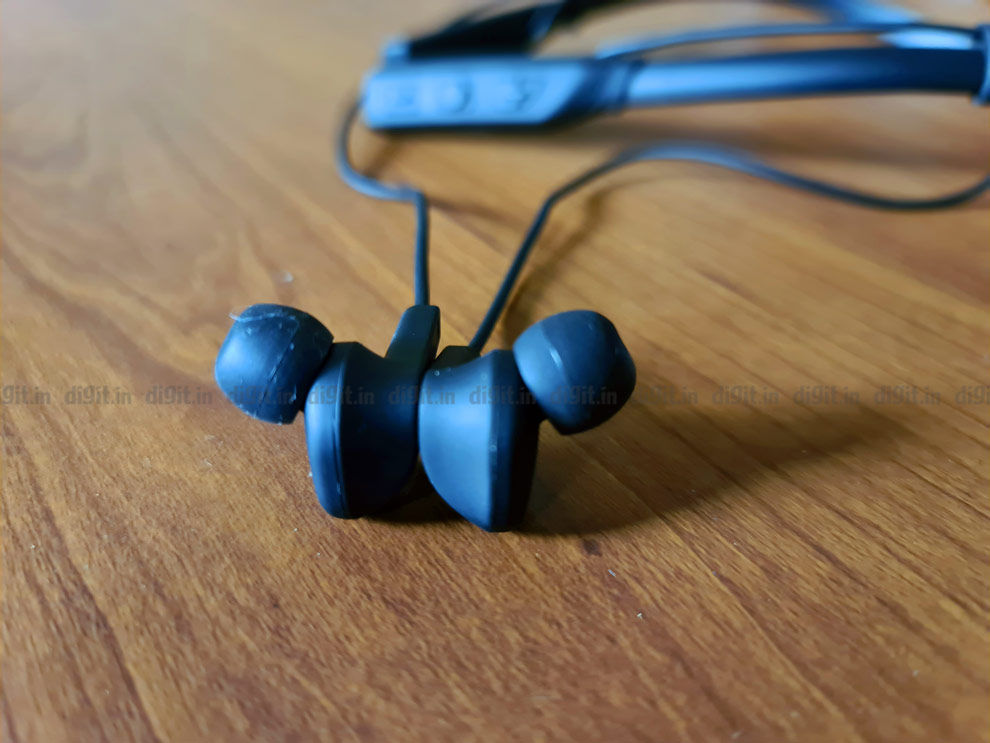 Coming to the wires which connect the neckband to the earbuds, they’re simple rounded wires, however, you can adjust their length with the plastic adjusters found on the neckband. While we didn’t find this contraption to be too useful since the wires are already quite short, some users with inordinately small necks may find it useful. Lastly, the earbuds are small, ergonomic and provide excellent fit within the ear (at least, as per our tests). We found that the Medium eartips fit us perfectly and provided a rather snug fit which escalated the passive isolation. The earbuds also come equipped with magnets which attach the two buds together when they are lying idle around your chest, however, the magnets on these are rather weak. 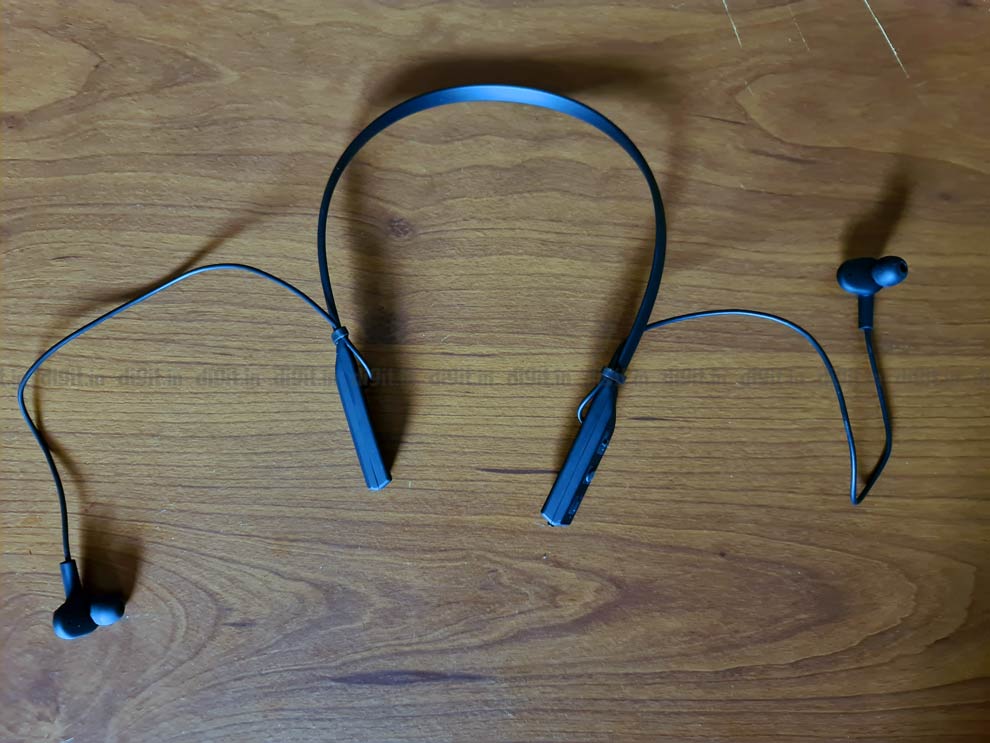 The fit of the earphones was so snug that we often had to remove the earbud from our ear to listen to anyone around us which is really a testament to the passive isolation abilities. Additionally, the comfortable fit also allows you to wear these earbuds for hours on end. We can also recommend these earphones for gymming and running since they pretty much stay put once you put them on, without any signs of budging at all. The Wings Glide may not be the most aesthetically-pleasing earphones you have seen, but it offers great comfort and a superb fit for a pair of budget wireless earphones.

The Wings Glide is rather lacking when it comes to features. It does provide users with some basics, however, the affordable price means that users will not be privy to some of the better features seen on other wireless earphones, albeit they’re more expensive. The earphones come equipped with Bluetooth v4.2 instead of latest versions such as v5.0 or v5.1. As per the company, this provides roughly 30 feet of wireless connectivity range (without obstacles). In our tests, the connection was decent, however, the connectivity did break when we walked from a room to the front door (about 20 feet). Nevertheless, there weren’t any odd lags or skips in the audio when listening to music.

The Wings Glide also comes equipped with an IPX4 rating which means it can easily shrug off any sweat it may encounter during workouts, or running. It can also shrug off light rain, however, do not attempt to dunk these earphones into water. The earphones also support voice assistant integration. A long press on the middle button will summon your phone’s voice assistant. The Glide, unfortunately, doesn’t support any extra Bluetooth codecs such as AAC and aptX, only the standard SBC codec. 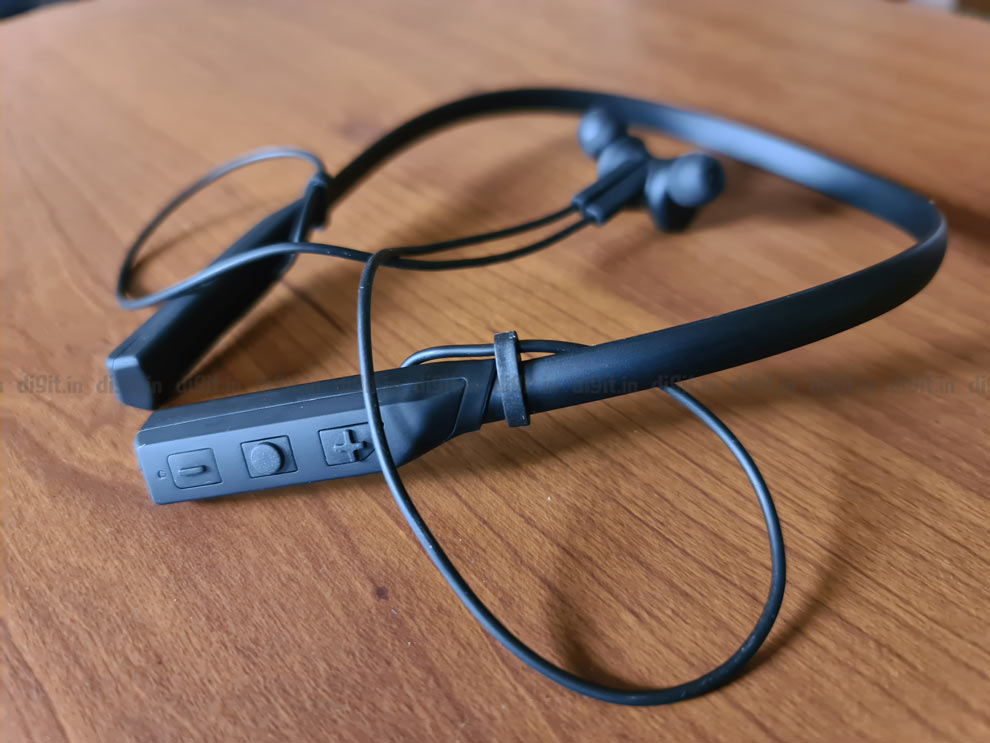 Coming to the battery life, the company claims that the Wings Glide is capable of about 6 hours of playtime. In our tests, we were about to get about 5 hours of playtime with these earphones at 50 per cent volume. The battery life on the Wings Glide is definitely lacklustre since these days, even true wireless earphones come equipped with over 5-6 hours of juice in the buds themselves, with extra juice provided within the charging case. Still, we won’t complain excessively since these are budgetary wireless earphones. The earphones also charge up to full in about 2 hours, which is decent. However, they come with a micro-USB charger instead of a Type-C, which is expected at the cost, but it is aggravating to have to carry multiple chargers for different devices.

Featuring a rather pleasant, warm sound profile, the Wings Glide sounds good with multiple genres. It features a V-shaped sound profile which sounds pretty decent when listening to hip hop, pop, and EDM music. The bass is punchy and has lots of drive, however, in some tracks such as Another One Bites the Dust by Queen, the bass can get a bit boomy and mar the quality of the vocals since there’s a fair bit of auditory masking, especially in the lower-mids. Fortunately, the auditory masking is not extremely prominent and might go by unnoticed by untrained ears. Also, the bass doesn’t get as boomy as we’ve witnessed on some other budget devices and sounds relatively pleasing overall.

Vocals, on their own, sound decent on these earphones. The mids are slightly underemphasised so the vocals can sometimes can a backseat to the other low and high-end instruments, however, in tracks that focus of vocals such as Hello by Adele, they are quite well represented. The earphones also do much better with female vocals since that side of the frequency graph is not as recessed as the lower-mids (where the male vocals usually are). 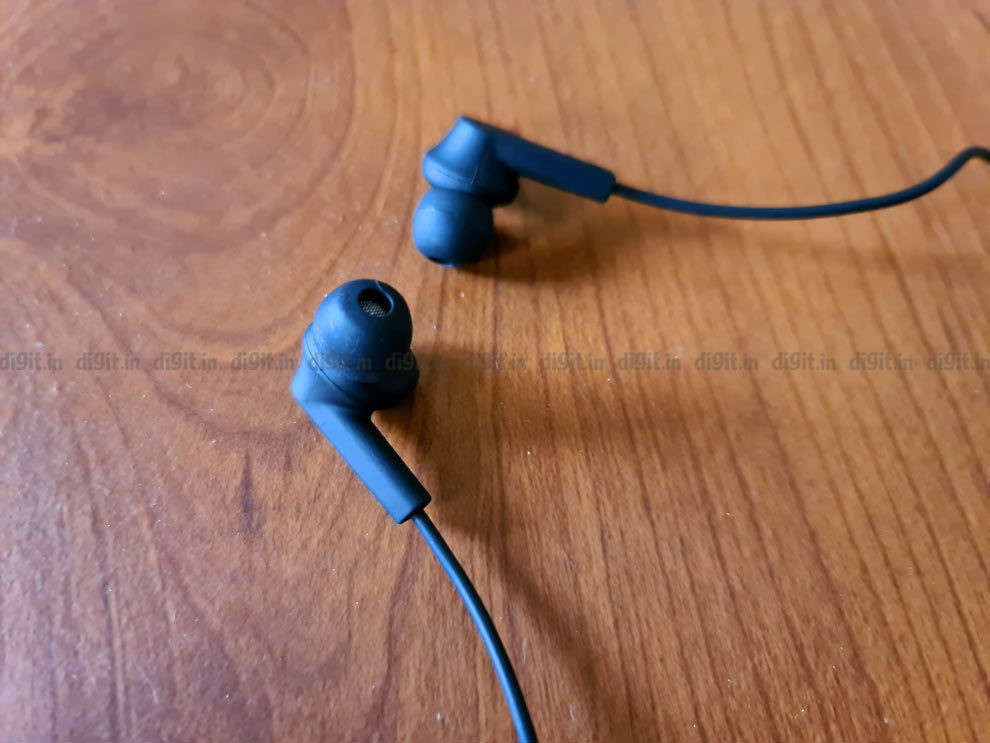 The highs are strictly decent. If you’re someone who likes to turn the volume up high they can actually get a fair bit tinny. Thankfully, it never really got screechy even at close to 100 per cent volume. Nevertheless, sibilant sounds (S and T sounds) can sound harsh at times. The soundstage, as expected, is largely limiting, however, the imaging is decent. You can approximate the position of instruments in your head pretty accurately when listening to the Wings Glide.

Coming to the media, the earphones can actually power through action movies with explosive ‘booms and thuds’ enhancing the experience. The latency is also pretty low and there’s very little perceptible delay between the audio and video. Call quality on the Wings Glide also pleasantly surprised us since the receiver could hear us quite clearly and the voice didn’t sound distant or muffled as on many budget wireless earphones.

Priced conservatively at Rs 1,199, the Wings Glide are actually a pretty solid budgetary purchase in the wireless earphones segment. If you are able to let go of the lack of features, the Wings Glide features a decent build, comfortable fit, and good sound quality. We especially liked the call quality and the ergonomic nature of the earbuds. So, if you’re on a budget and prefer a warm sound profile, the Wings Glide may be the earphones you’re looking for.